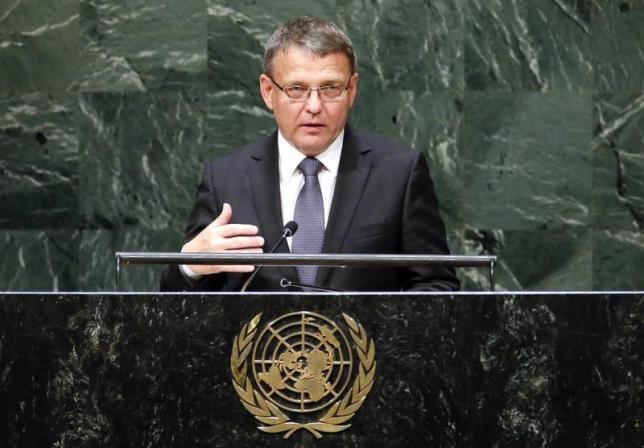 The Czech Government supports the early signing of a free trade agreement between Vietnam and the European Union (EU), Czech Foreign Minister Lubomir Zaoralek has said.

The visiting Czech official made the statement at his talks with Vietnamese Deputy Prime Minister Pham Binh Minh in Hanoi on Friday, looking at steps to further strengthen cooperation between the two countries.

In addition, the Czech Government also backs the EU’s recognition of Vietnam as a market economy, Lubomir Zaoralek said.

At their meeting, both host and guest reiterated the importance of the multi-faceted cooperation as well as the traditional friendship and between the two nations.

Regarding bilateral trade, the guest said the Czech Republic will give all possible support for Vietnamese goods to enter its market, including garment, footwear, and agriculture, forestry and fisheries products.

He also said his country will likely maintain its provision of official development assistance (ODA) to Vietnam in the fields of education and health.

In reply, Deputy PM Minh said Vietnam will help Czech businesses provide more of their goods and services to Vietnam.

In talking with Tuoi Tre (Youth) newspaper about the Czech Government’s future policies to encourage Vietnamese businesses to boost their exports to and investments in the European country, Foreign Minister Lubomir Zaoralek said the Czech economy is a competitive open one.

Therefore, Vietnamese goods can easily penetrate into the Czech market if they meet the market’s demands and requirements, he said.