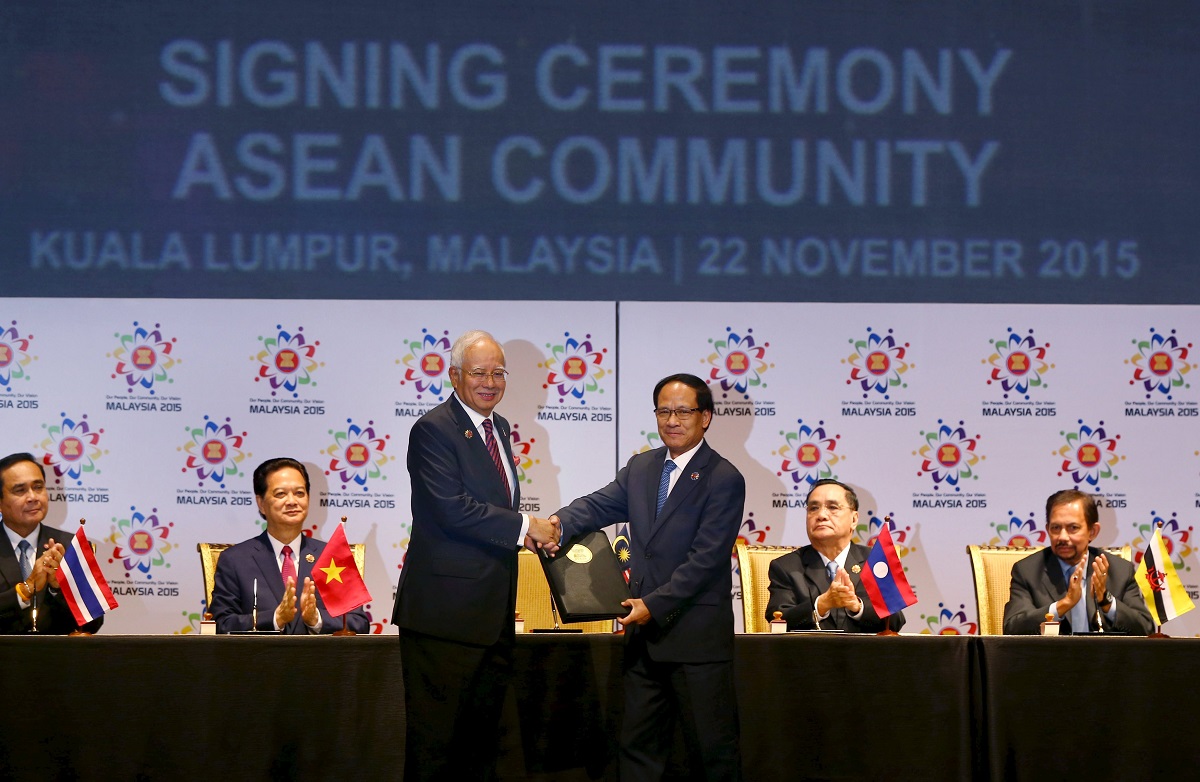 The coming establishment of the ASEAN Community is a right track as it will open opportunities for cultural exploration, more travel freedom, and mutual development, Prime Minister Najib Razak of Malaysia said at a summit in Kuala Lumpur last week.

The formation of the ASEAN Community, scheduled for December 31, 2015, was stated in the “Kuala Lumpur Declaration on ASEAN 2025: Forging Ahead Together” signed by the 10 leaders of ASEAN countries, including Vietnam, at the bloc’s 27th annual summit on Sunday.

Vietnam’s Prime Minister Nguyen Tan Dung was among the ASEAN leaders at the gathering, which also included the representatives of the group’s dialogue partners, including China, South Korea, Japan, India, New Zealand, Australia, the U.S. and Russia.

ASEAN can be proud that it has been able to maintain great ambitions for all these three pillars, PM Najib told the summit.

He added that ASEAN not only further integrates into the global economy and security structure, but also becomes a region that creates great opportunities.

The gross domestic product of ASEAN is expected to reach US$4.7 trillion in 2020, the Malaysian premier said.

PM Najib also cited a forecast saying that ASEAN has a potential to become the fourth-largest economy in the world in 2030.

The summit also adopted the Declaration on the ASEAN Community Vision 2025, in which the ASEAN leaders show their determination to consolidate the strengthening of the community, bring into play the achieved results, and build up a truly rules-based, people-oriented, people-centered ASEAN Community, where the peoples are entitled to human and freedom rights, higher life quality and other benefits created from the on-going process of ASEAN integration and community building.

By October 2015, ASEAN countries have carried out 97 percent of the total number of measures they set out for the building of the three core pillars, Le Luong Minh, ASEAN Secretary General, told reporters in Kuala Lumpur.

The Japanese Consulate General in Ho Chi Minh City, on behalf of the Japanese government, has presented the Order of the Rising Sun, only the second of its kind awarded to a Vietnamese citizen, to businessman Nguyen Tri Dung