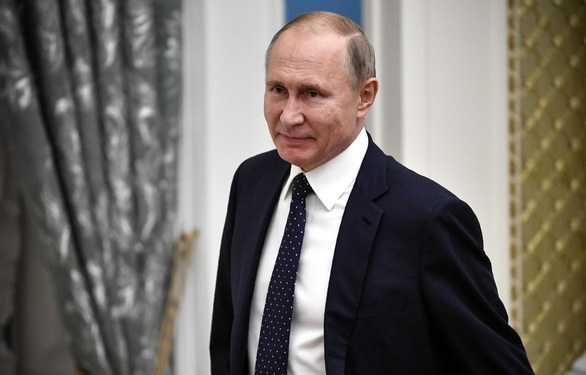 Vietnamese Party General Secretary and State President Nguyen Phu Trong invited Russian President Vladimir Putin to pay an official visit to Vietnam during their phone talks on Thursday, and the latter accepted it with pleasure.

Putin also thanked Vietnam for its support for his country’s combat against COVID-19.

Over the phone, Party General Secretary Trong congratulated Putin and the Russian people on their National Day (June 12), and asserted that Vietnam always places importance on its comprehensive strategic partnership with Russia.

The Vietnamese state president lauded the great achievements Russia has made under the leadership of President Putin.

The Party chief offered congratulations to Russia on the 75th anniversary of the victory over Fascism, believing that the upcoming military parade to mark this event will be a success.

Putin lauded Vietnam’s successful containment of COVID-19 and thanked the Southeast Asian nation for its assistance to his country in the fight against the virus.

Vietnam has reported 332 coronavirus cases, with 321 having recovered and no death, according to the Ministry of Health.

Both sides agreed that their countries would continue cooperating in curbing the disease spread and providing timely support for their citizens.

Vietnam and Russia will intensify their cooperation at multilateral forums, in fostering peace and security, and in upholding international law.

Trong invited Putin to visit Vietnam and the Russian president gladly accepted it.