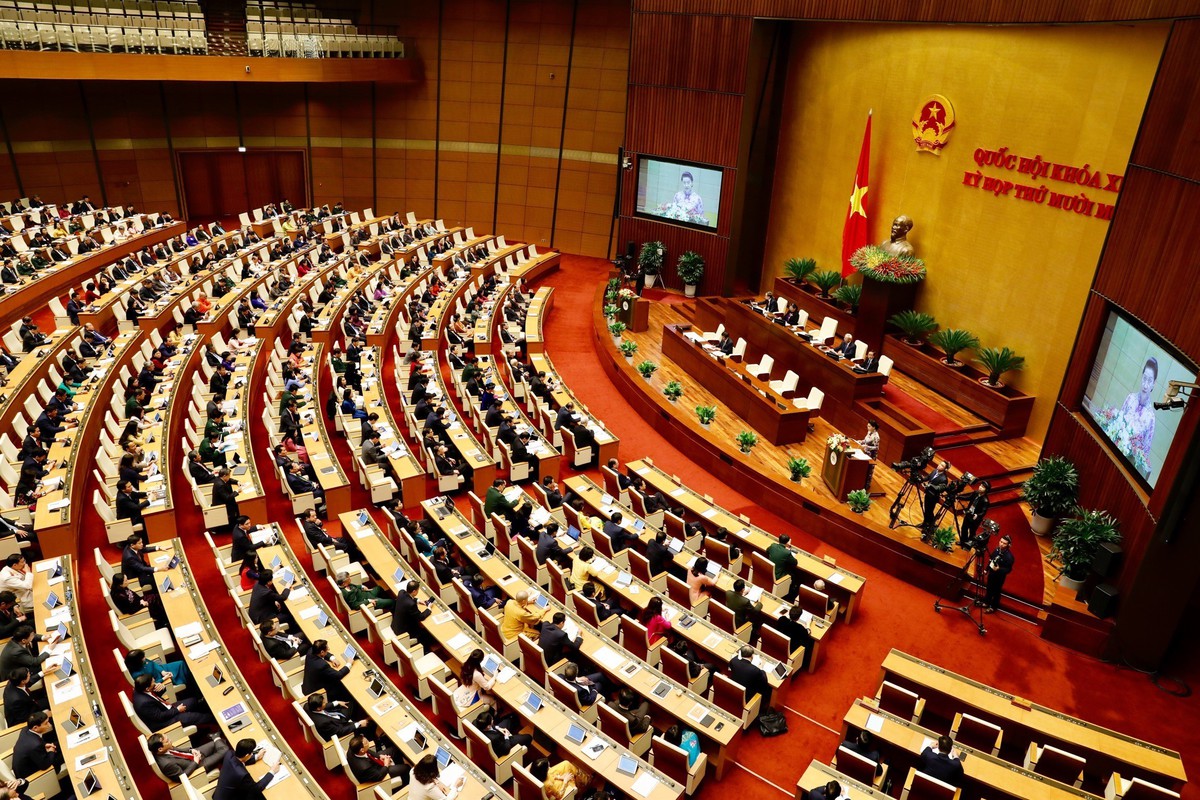 Vietnam’s 14th National Assembly (NA) commenced its 11th sitting, which is also the last meeting of the tenure, in Hanoi on Wednesday morning.

Prior to the opening ceremony, leaders of the Party, State, and Vietnam Fatherland Front, and NA deputies paid tribute to President Ho Chi Minh at his mausoleum in Hanoi.

The preparatory session began at 8:00 am and the 11th sitting officially kicked off at 9:00 am.

Following the opening remarks by NA Chairwoman Nguyen Thi Kim Ngan, a report on the meeting’s agenda was presented by NA Secretary General and head of the NA Office Nguyen Hanh Phuc.

Apart from law building and decision making on the country’s major matters, the legislators will review the performance of state, NA, and government agencies over the past tenure.

Deputies will spend four and a half days looking at a draft report on the 14th NA’s operation, along with working reports of the state president, government, NA Standing Committee, Council for Ethnic Affairs and committees of the legislature, Supreme People’s Court, Supreme People’s Procuracy, and State Audit during 2016-21.

Notably, seven days of the session will be spent on deciding top leadership positions of the country, including state president, prime minister, and NA chairperson, for the 2021-25 tenure.

The 11th sitting is scheduled to conclude on April 8.