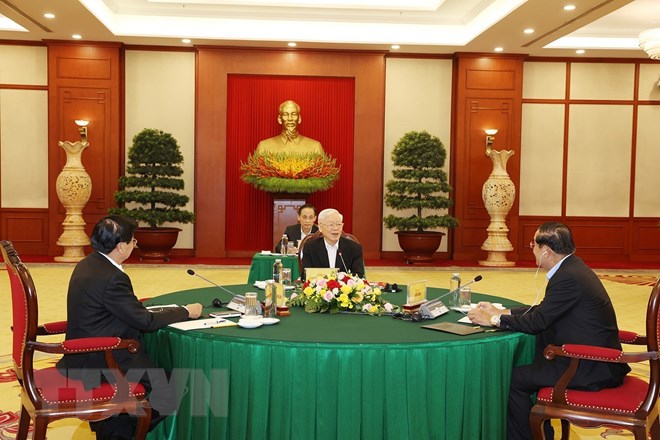 Top leaders of Vietnam, Laos, and Cambodia have met in Hanoi to discuss cooperation orientations between the three countries, the Vietnam Government Portal reported.

They spoke highly of the significance and importance of the event, briefing each other about recent situations in each country, including socio-economic development in the current COVID-19 pandemic.

The leaders agreed on the importance of the traditional relations, solidarity, and friendship of the three neighboring nations and charted orientations for cooperation in the coming time.

They consented on strengthening cooperation in various fields for the benefit of the three peoples and for the sake of peace, stability, cooperation, and development in the region and the world.