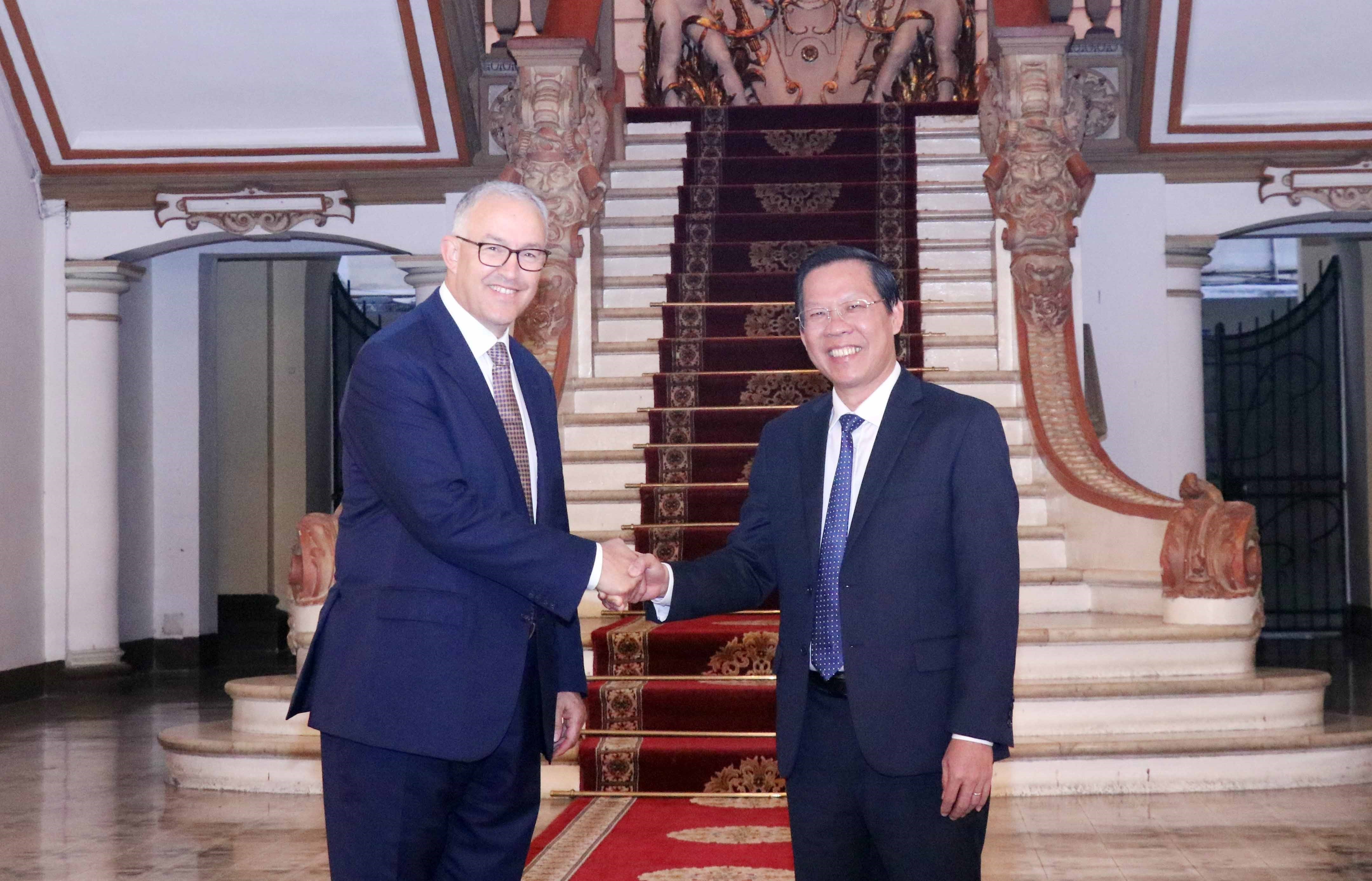 Ho Chi Minh City of Vietnam and Rotterdam City of the Netherlands have agreed to boost cooperation in sustainable urban development, port development, and logistics.

The cooperative agreement was announced during a visit by Rotterdam Mayor Ahmed Aboutaleb to Ho Chi Minh City from Tuesday to Thursday.

Within the framework of his visit, Mayor Aboutaleb held a meeting with Hoang Tung, chairman of the People’s Committee of Thu Duc City, a district-level unit under Ho Chi Minh City, on Wednesday to discuss plans for Thu Duc’s future development, particularly within the context of how both Rotterdam and Dutch companies can aid in that development.

Participants discussed the current climate challenges facing Ho Chi Minh City, with Dutch experts highlighting Rotterdam’s sustainable urban development practices that have strengthened its resilience against climate change and how those lessons might benefit the Vietnamese city in the future.

Mayor Aboutaleb also took time during his visit to sit down with Phan Van Mai, chairman of the Ho Chi Minh City People’s Committee, on Tuesday to review past cooperation between the two cities and confer on future cooperation opportunities related to sustainable urban development, port development, and logistics.

Ho Chi Minh City is willing to create favorable conditions for Dutch enterprises to engage in long-term business and investment in the city, Mai added.

Aboutaleb noted the importance of water and land planning, particularly in the face of rapid development.

According to Aboutaleb, Rotterdam has extensive experience in nature-oriented urban planning and climate change impact reduction, and it is willing to share these experiences via specific cooperation projects with Ho Chi Minh City.

"Both sit on river deltas and are increasingly challenged by their relationship with water.

“These two port cities are on the front lines of climate change.

"I am delighted to see how fast-growing Ho Chi Minh City has transformed since my last visit and also its incredible economic recovery after the pandemic.

“By [taking] this visit, I hope both cities can continue the friendship and partnership, especially in exploring innovative, smart solutions to urban challenges including climate change, water management, port development, and socio-economic issues, such as creating jobs and recovering from COVID-19.”

The relationship between Vietnam and the Netherlands has been thriving since the two countries established diplomatic ties in 1973.

The Netherlands is the largest EU investor in Vietnam, according to the Dutch Consulate General in Ho Chi Minh City.

At the same time, the Netherlands is also Vietnam's largest export market in the EU, and the sixth largest globally.

Vietnam and the Netherlands will celebrate their 50th year of diplomatic relations in 2023.