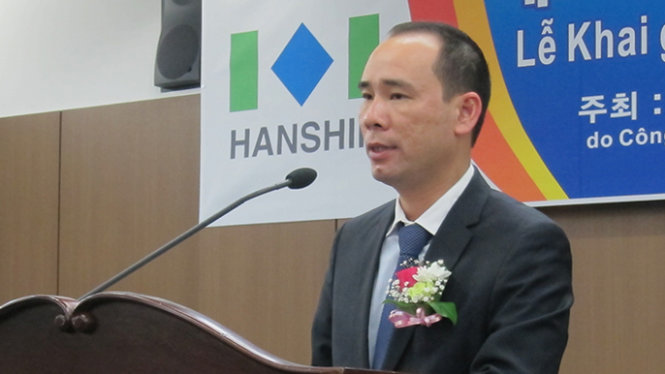 Four former top executives, including the general director, of a subsidiary of state-run oil and gas giant PetroVietnam have been arrested as part of a criminal investigation into a massive US$150 million losses incurred by the company.

The four are now in custody and face charges of “intentionally violating state regulations on economic management that caused severe consequences,” the investigative police unit under the Ministry of Public Security said Friday.

Their role in the loss of VND3.3 trillion ($147.32 million) at PVC and its subsidiaries is still undergoing police investigation.

Thuan was appointed general director of PVC in 2009.

Under his leadership, the company was awarded contracts for many projects developed by its parent company, state-run oil and gas behemoth PetroVietnam, and PVC quickly grew into a strong enterprise with an impressive portfolio, attracting many companies as affiliates.

In August 2009, PVC began listing on the stock market and continued its expansion. In 2010 the company increased its registered capital to VND2.5 trillion ($111.61 million), and again to VND4 trillion ($178.57 million) just two years later.

Following their success, PVC began investing in the real-estate and financial investment sectors, where they quickly began to suffer losses.

Those PVC-invested companies started incurring losses in 2011. Over the next two years, it was no secret to PVC subsidiaries and affiliates that they had suffered a total loss of more than VND3.3 trillion, or three quarters of PVC’s total registered capital.

But those losses had been kept secret from PetroVietnam, who quickly discovered the mishandlings after electing a new board of directors in 2013.

The loss-making company was immediately dealt a tough hand by the new PetroVietnam leaders, with the general director Thuan and the PVC chairman Trinh Xuan Thanh removed from their posts.

Following the dismissal at PVC, Thuan was transferred to PetroVietnam, before being appointed as deputy director of the Department of Transport of the northern province of Thai Binh, and later chief of the secretariat of the Ministry of Transport.

“Thanh showed irresponsibility and negligence in the leadership and management of the corporation’s operation, and violated legal regulations on business administration,” the Vietnam News Agency reported on September 10.

After being removed from the chairman post, Thanh was transferred to serve as the deputy chairman of the administration of the southern province of Hau Giang.

While serving at the Hau Giang administration, Thanh illegally used an official plate on his privately-owned luxury Lexus car.

On September 8, the Secretariat of the Party Central Committee decided to expel Thanh from the Party, with 100 percent of votes from all secretariat members.

The unanimous decision came after the Secretariat concluded that the mistakes and legal violations committed by Thanh are “serious, sparking public concern and damaging the prestige of the Party, State and the official himself,” according to the Vietnam News Agency.

Thanh asked to take a leave from the Hau Giang administration earlier this month and has since ‘disappeared,’ with no one, including the administration, police and authorities of his residence, sure of his whereabouts.