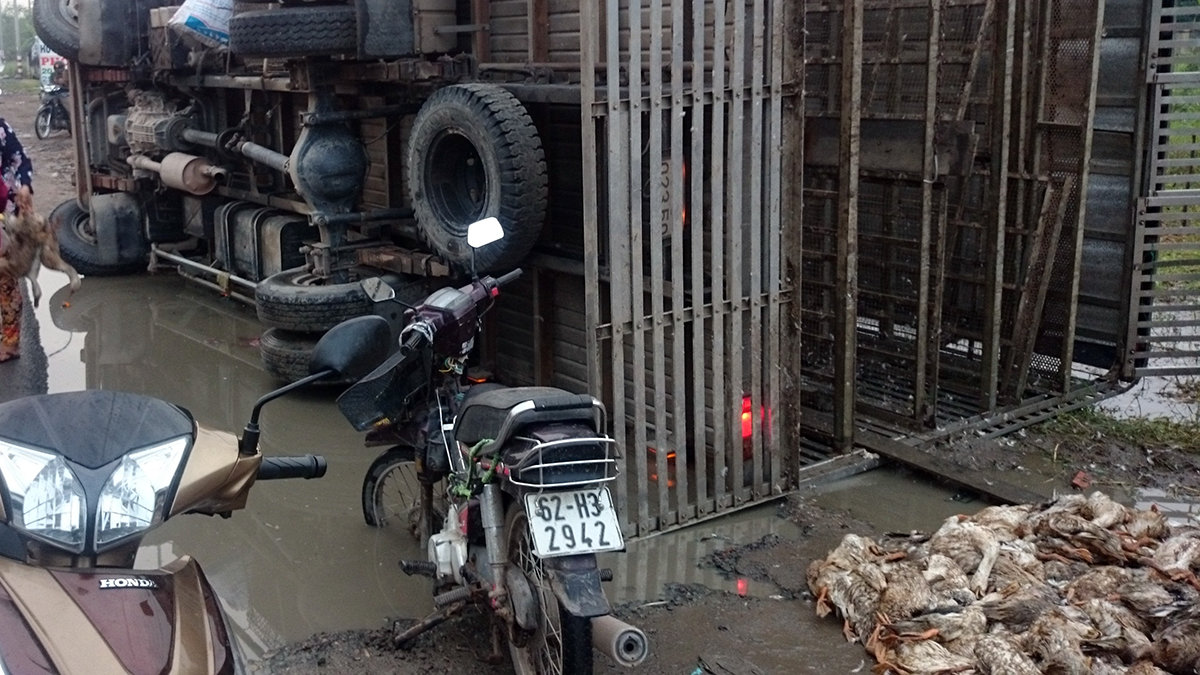 A truck carrying nearly 1,000 live ducks overturned when it was traveling past the southern province of Long An on Friday, but there was no looting caused by local mobs as in recent cases.

Instead, people living near the section of the National Highway No. 1 that passes Thu Thua District rushed to the street to help collect the ducks, and even bought the dead ones to share the hardship of the driver.

At the time of accident, the truck driver apparently lost control of his vehicle, with some 800 ducks in the cargo, and had it flip over after swerving to the sidewalk.

Following the rollover, nearly half of the ducks died of suffocation, while others were thrown out of the truck cargo and suffered no better condition.

Fortunately, the driver and the duck's owner managed to escape from the cabin unscathed.

Seeing the mishap, many local residents came together to help the poor driver, instead of looting the ducks.

The kind locals bought the dead ducks to help the owner recoup the loss. Some bought as many as ten dead ducks, while others spread the words to their friends and relatives to all come to help the unfortunate owner.

Thanks to the kind act, all the dead ducks were cleared up after two hours. The driver and the duck owner expressed their sincere thanks to all the generous locals and passers-by.

A number of locals and passers-by immediately took advantage of the situation and plundered over 200kg of merchandise from the vehicle, despite the helpless cries from the poor driver. Local authorities later summoned the involved people and they were asked to return the looted goods.

In December 2013, hoards of people also ran out to the street to loot hundreds of beer cans that poured from an overturned truck in the southern city of Bien Hoa.