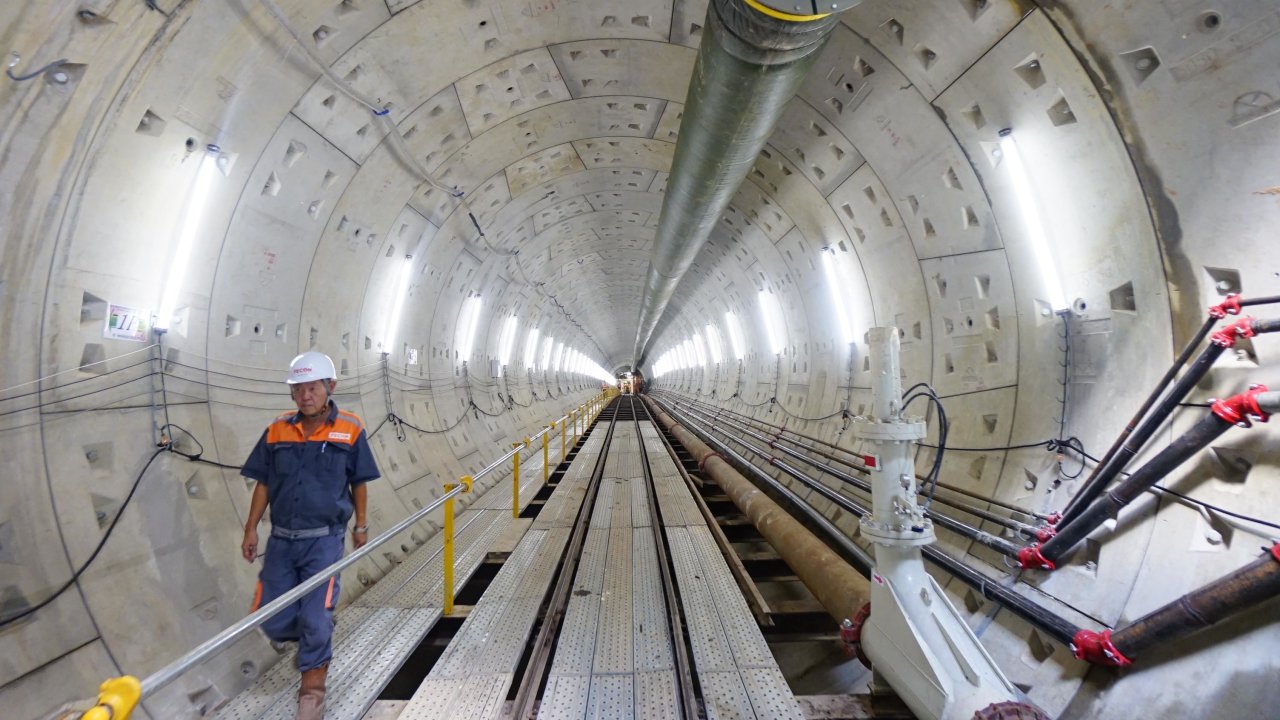 Almost a fifth of the underground metro tunnel running through District 1 in Ho Chi Minh City has been complete after only two months of construction.

Since its installation in May, the Japanese-made tunnel boring machine (TBM) has dug nearly 150 meters of the 781-meter-long tunnel, according to Duong Huu Hoa, director of Project Management Unit 1 under Ho Chi Minh City’s Management Authority of Urban Railways.

The giant robot was installed to facilitate the construction of an underground section of the city’s first-ever metro line, which is planned to stretch 19.7 kilometers between Ben Thanh Market in District 1 and Suoi Tien Theme Park in District 9.

The metro line is mainly aboveground and will only descend below the surface for a 2.6 kilometer stretch within the city’s downtown area.

The underground section that the TBM is currently working on stretches 781 meters between two future stops on the metro line – one at the old Ba Son Shipyard and the other under the Municipal Theater in District 1.

With the help of the Japanese-made equipment, the metro project will have the largest tunnels – 6.79 meters in diameter – in the Southeast Asian country.

Each of the parallel tunnels being constructed will allow the future metro to run in opposite directions.

At its current digging rate of almost ten meters per day, the giant robot is expected to finish the first tunnel by the end of 2017 and begin boring the second in 2018.

As the project progresses, concrete sheets measuring 1.2 meters long and weighing up to three metric tons are attached to the wall of the newly dug tunnel.

“I’m happy and honored to be working directly on the first urban metro project in Vietnam,” said Ayumn Nakao, a 28-year-old Japanese engineer at the construction site. “Everybody is working at full speed to put the metro into operation as soon as possible.”

“Honestly speaking, I had held the impression that Vietnamese workers were lazy and inefficient before coming to Vietnam,” he said. “However, my experience with them so far has been the complete opposite. My Vietnamese co-workers are hardworking, studious, disciplined, and excellent team players.”