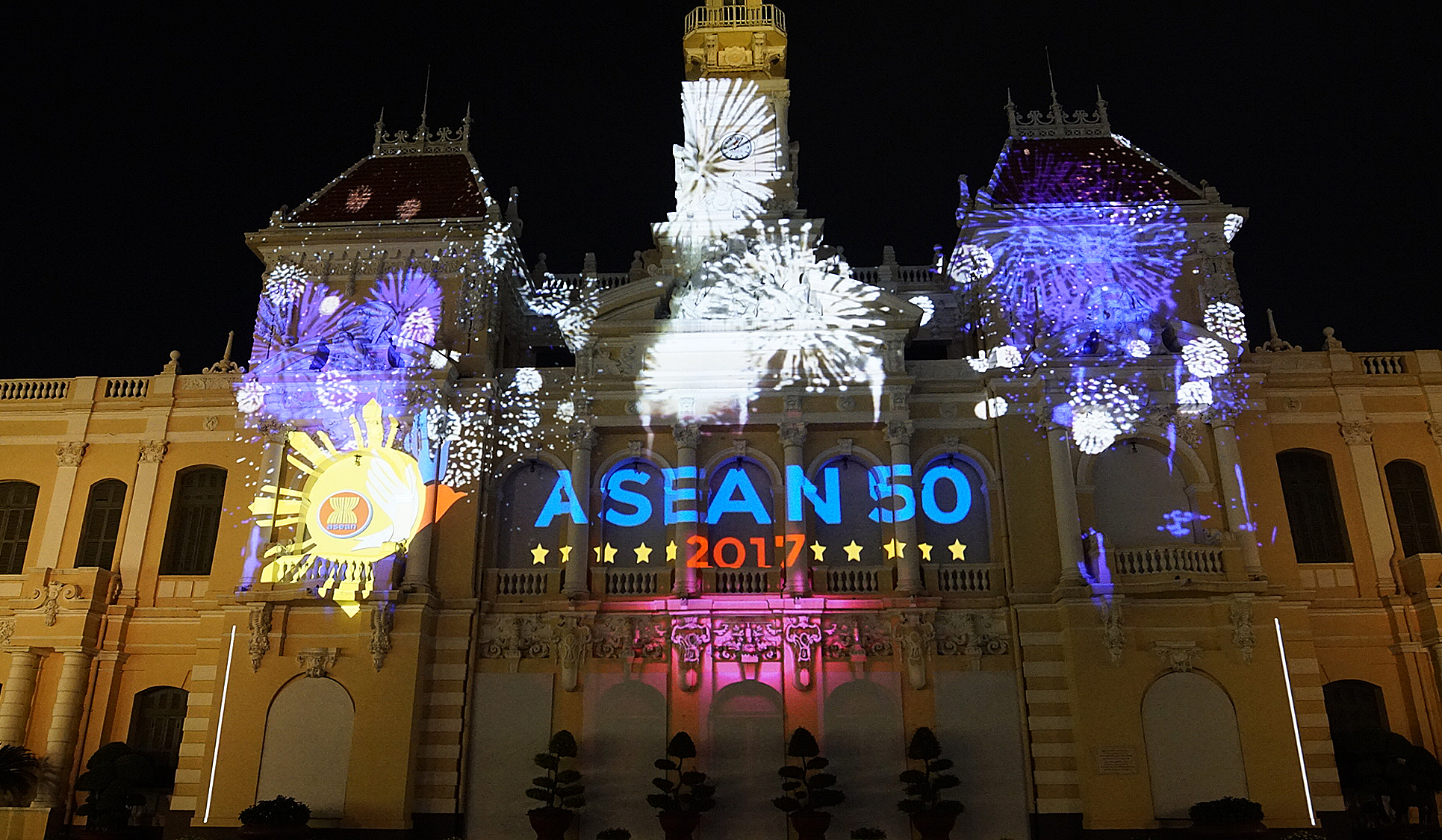 Light displays were held in several major cities in Vietnam on Tuesday night in celebration of the 50th anniversary of the Association of Southeast Asian Nations (ASEAN).

In Ho Chi Minh City, the show was held at the municipal headquarters, fronting the Nguyen Hue Walking Street in the downtown’s area, attracting a number of visitors.

Residents in Hanoi, the northern city of Hai Phong, the central city of Da Nang, and Can Tho City in the Mekong Delta, were also able to enjoy the light art display to celebrate the 50th birthday of the ten-country bloc.

Established on August 8, 1967, ASEAN is a political and economic organization whose current members include Brunei, Cambodia, Indonesia, Laos, Malaysia, Myanmar, the Philippines, Singapore, Thailand, and Vietnam.

Vietnamese Prime Minister Nguyen Xuan Phuc on the same day chaired a ceremony in Hanoi to mark the special occasion, as well as 22 years of Vietnam’s accession to the bloc.

During the event, the head of government stated that ASEAN should reinforce solidarity and unity, promote internal strength to increase its connectivity and build a rules-based community with the widespread participation of people.

“ASEAN is always a priority in Vietnam’s foreign policies,” the premier remarked.

“The country pledges to continue coordinating with other member nations to build the ASEAN Community of unity, peace, stability and strength.”