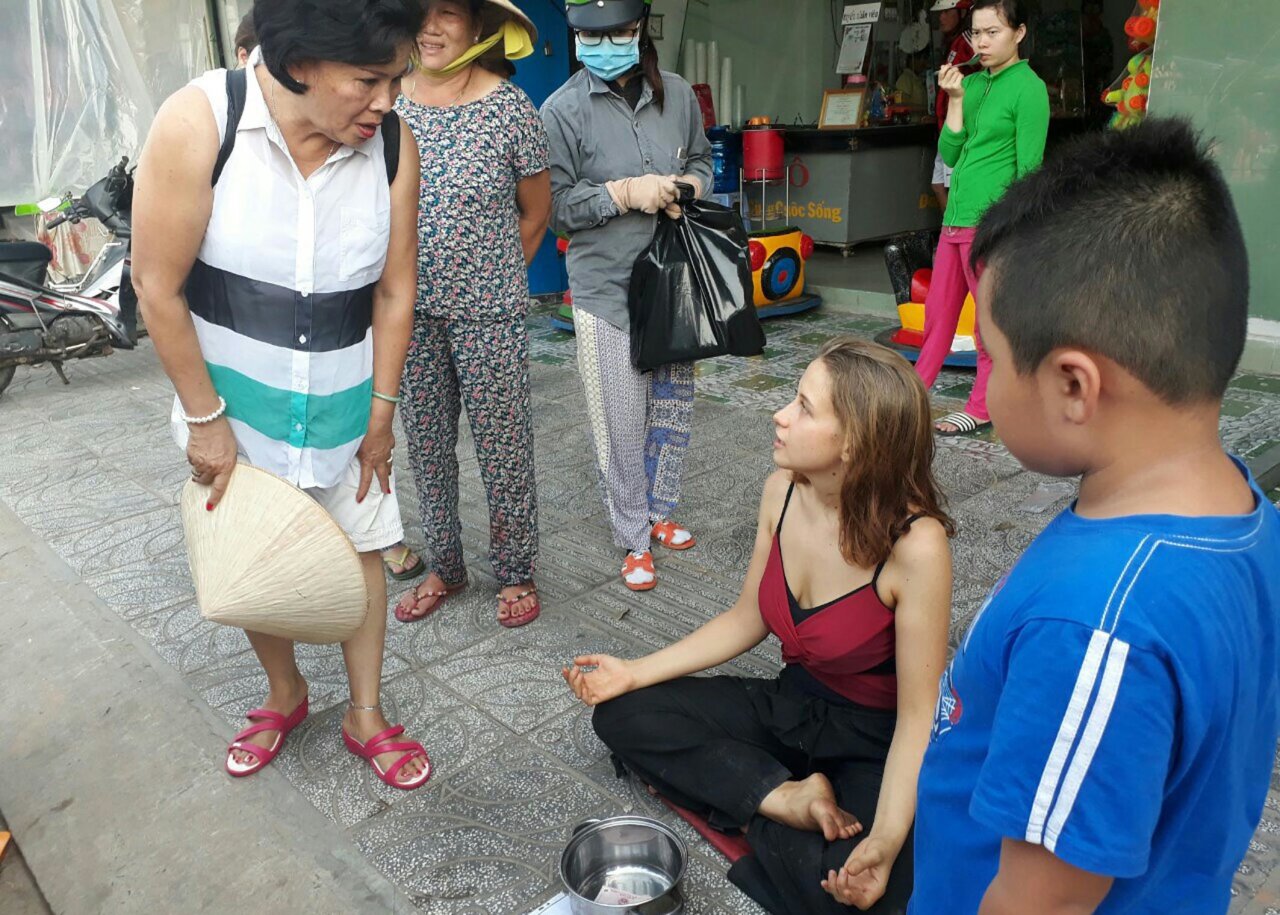 Police identified the female foreigner as a Russian national on vacation after a photograph went viral of her begging on Phu Quoc Island in southern Vietnam.

The 20-year-old woman, identified only by her initials L.N., could face deportation if her visa is found invalid.

Earlier this week, a photo posted on Facebook showed a foreign woman meditating on a sidewalk on Phu Quoc Island in southern Vietnam’s Kien Giang Province.

In front of her was a note written in Vietnamese declaring her apparent mantra: “meditate for luck, need money.”

Police from Phu Quoc’s Duong Dong Town brought the woman in for questioning and identification after being notified of the situation, citing Vietnam’s prohibition on street begging.

According to her statement issued at the police station, the Russian traveler had been back-packing through Southeast Asia – including stops in the Philippines, Singapore, Cambodia and Thailand – with empty pockets.

The woman shared that she had spent most nights of her trip sleeping in a tent pitched in local woods or public parks, resting up for a long day of mediating on busy sidewalks, wishing luck to passers-by, and accepting voluntary “donations”.

L.N. said she avoids interacting with locals during her meditation, except when questioned by local law enforcement officers.

Pham Van Nghiep, deputy chairman of Phu Quoc, said on Wednesday that the Russian traveler was free to meditate on the street, though accepting donations and posting a sign saying “need money” are a direct violation of Vietnamese panhandling laws.

According to Nghiep, the 20-year-old also violated laws when she entered Phu Quoc without notifying authorities and failed to register a place of temporary residence as required by law.

Foreigners visiting Phu Quoc Island are granted visa exemptions for stays no longer than 15 days, and are required by law to make declarations with the local immigration office upon arrival.

The administration of Phu Quoc has transferred her files to Kien Giang Police and the provincial Department of External Affairs for further investigation.

“If her visa is valid, we will help her complete the necessary registration forms should she choose to stay,” Nghiep said. “If her visa is found to have expired, the provincial police and Department of External Affairs will work together on her deportation.”