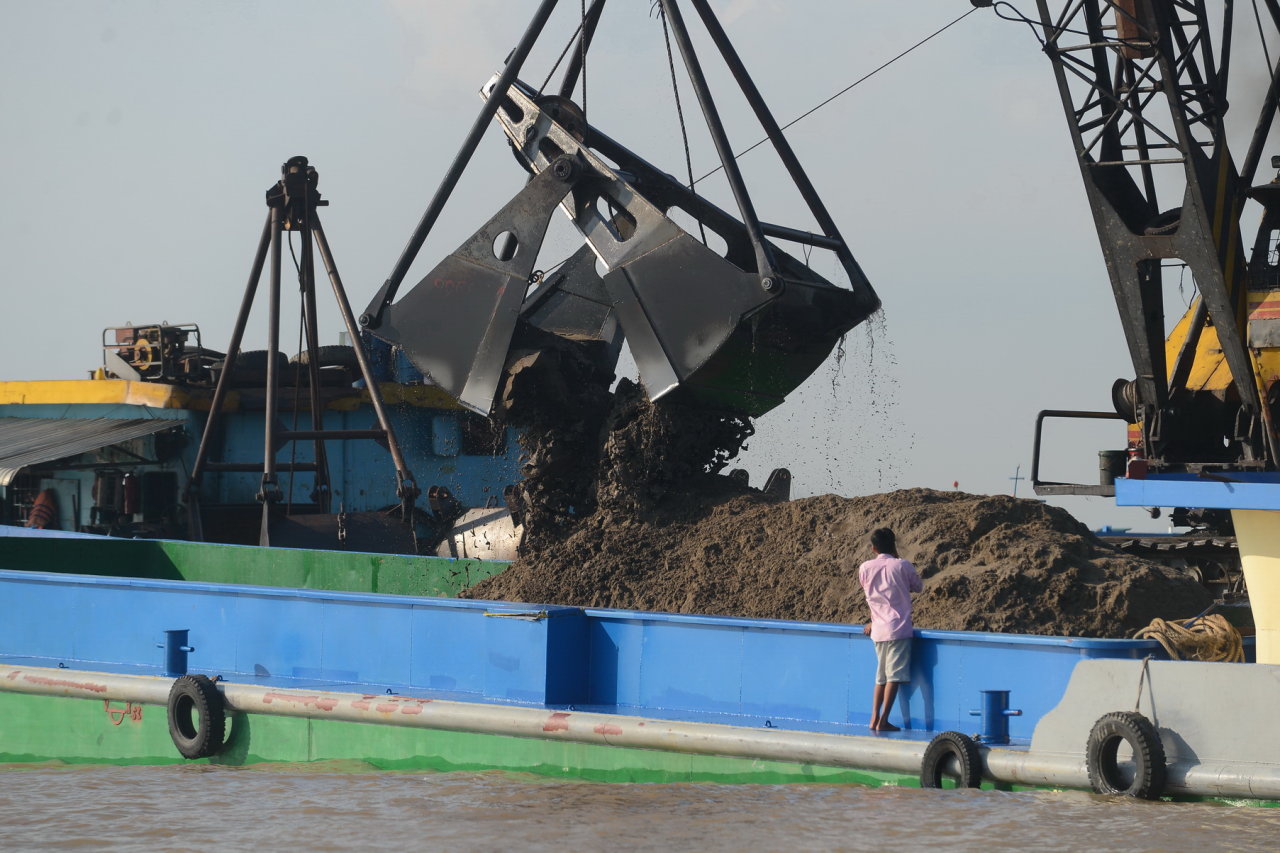 Authorities in Ho Chi Minh City are considering the production of artificial sand amidst suggestions that Vietnam is running out of the naturally occuring material.

About 100 million cubic meters of sand is required for construction projects across the country every year, the Institute of Transport Science and Technology (ITST) said during a meeting with the Ho Chi Minh City Department of Transport on Friday last week.

Experts have warned that the natural material could be depleted in five years given its excessive exploitation.

To meet the increasing demand, sand should be manufactured by crushing certain types of rocks, which can be found in southern Vietnam, the ITST suggested.

Artificial sand is about 10 to 15 percent cheaper than natural sand, and produces better quality concrete for construction, experts from the institute have also claimed.

During the meeting, several businesses proposed that Ho Chi Minh City authorities allow the use of manufactured sand and provide assistance for its production.

Several project developers asked the ITST to issue an official price on artificial sand and create a legal basis for the material to be used in the construction of buildings and city infrastructure.

According to pundits, manufactured sand has been widely used in countries including Canada, the United States, Germany, Australia, China, and Japan.

In Vietnam, the Ministry of Transport approved the use of the material in 2014.

Ngo Hai Duong, head of the Road Infrastructure Management and Exploitation Division under the Ho Chi Minh City transport department, believes that there is a market for manufactured sand, given its lower cost.

Nguyen Thanh Nam, an official from the city’s Infrastructure Investment JSC, the developer of projects along the Hanoi Highway, said that the expansion of several sections of the highway had been halted because the price of naturally occurring river sand had skyrocketed.

“If artificial sand meets our requirements, we will start using it to build pavements along the Hanoi Highway,” Nam said.

Sand has historically been in high demand in Vietnam as it is crucial for construction projects across the country.

It was previously over-exploited along local rivers and exported to foreign countries, in particular Singapore.

Following the authorities’ efforts to deal with illegal sand mining, river sand prices rose by up to 200 percent, creating immense challenges for everyone from small-scale construction companies to major, state-owned projects.

The Vietnamese government has ordered the Ministry of Construction to cease the export of sand.