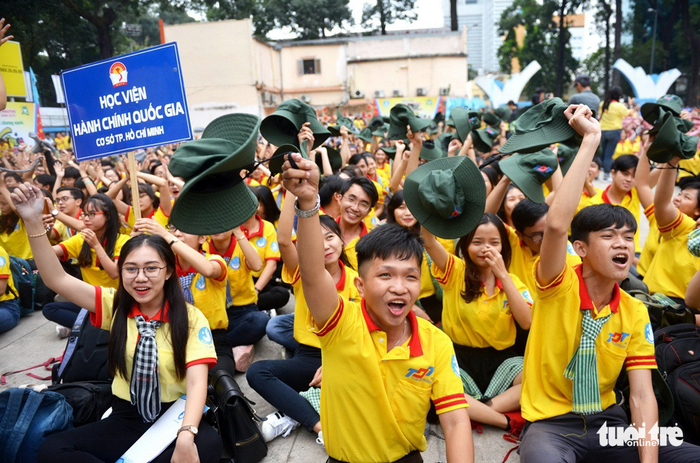 -- Police raided a nightclub in Bien Hoa, the capital of the southern province of Dong Nai, on Sunday, with 80 out of 218 club-goers later testing positive for drugs.

-- The number of people learning to drive in Ho Chi Minh City in 2017 rose 11 percent year on year to 141,000, many of whom were apparently future car buyers who anticipated tax cuts, applicable this year, for vehicles imported from ASEAN countries.

-- Police in the northern city of Hai Phong are hunting for a pickup truck driver who fled away after fatally crashing into two ninth graders on Sunday.

-- The Ministry of Construction has proposed reinstating a coercive measure, which was nullified in 2015, to cut power and water supply to developers that violate construction rules.

-- The eighth annual “Red Sunday” 2018 was held at Hong Duc University in the north-central province of Thanh Hoa on Sunday, receiving nearly 700 blood units donated by more than 1,500 people.

-- Prices of ethanol, the main ingredient to make E5 petrol, have repeatedly soared in Vietnam shortly after the government required the cessation of the popular A92 gasoline supply and its replacement with the biofuel.

-- In a bid to maintain its post as the world's top cashew processor and exporter, Vietnam will help Cambodia develop a 500,000-hectare raw material area, capable of yielding one million metric tons of products a year, in the next ten years, according to the Vietnam Cashew Association.

-- The State Bank of Vietnam has scrapped a plan to allow cardholders to withdraw cash with a daily limit of VND5 million from point-of-sale (POS) machines in its amended circular on bank card management, taking effect this March.