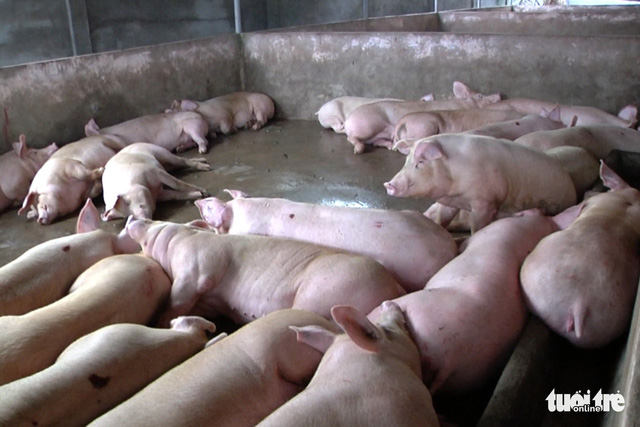 A facility in the southern Vietnamese province of Dong Nai has recently been caught injecting pigs with water to increase their weight, local police said on Friday.

At the time of the raid, the 2,000-square-meter facility housed 140 live pigs, weighing around 100 kilograms each.

Sixty-four of the animals were found to have received water injection, ready for delivery, according to police.

The illegal practice aims to increase the animal weight and hence its value.

The facility is known to have operated for around ten days, with every pig injected with two to four liters of water before sale, the officers added.

The total number of pigs injected with water at this facility is recorded at 1,260.

The owner, Thuy, said that she sourced the pigs from surrounding farms and brought them to her place for water injection before re-selling them to other buyers.

Police continue to work on the case to press the right charges on the facility’s owner.