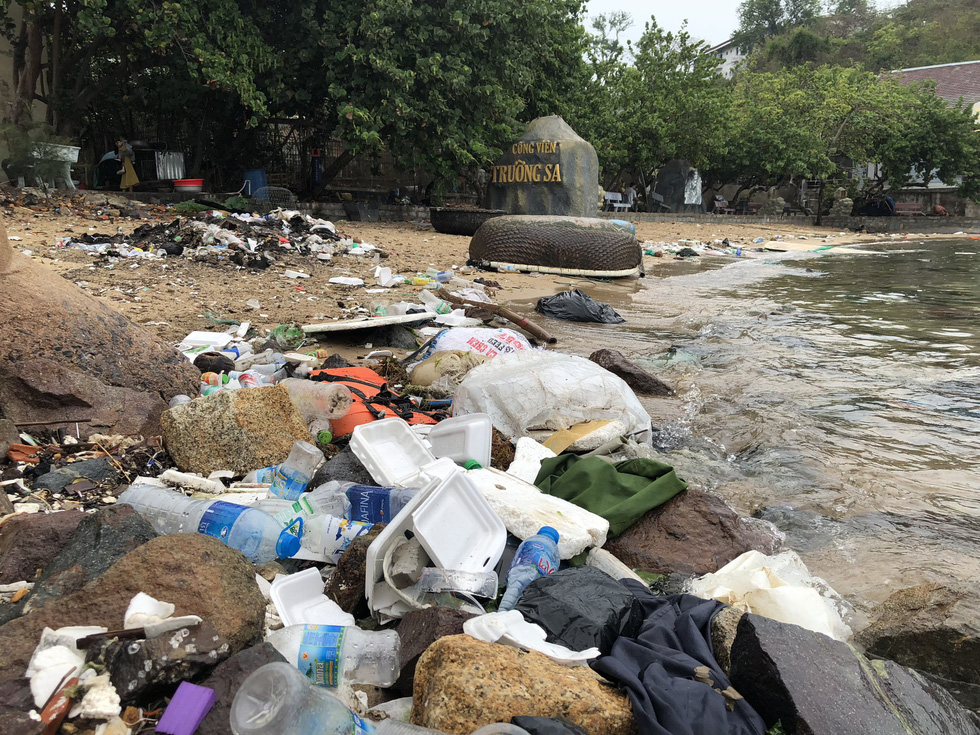 A park in the south-central province of Khanh Hoa, designed as a miniature version of Vietnam’s Truong Sa (Spratly) Archipelago, now looks more like a mini landfill, thanks to a serious lack of care from its managers.

The Truong Sa Park, named after the set of islands in the East Vietnam Sea, is located within the Museum of Oceanography in the provincial capital of Nha Trang.

Covering about 300 square meters along the coastline and 3,100 square meters on the sea, the venue allows the general public to have a better understanding of the archipelago.

However, the park has recently been filled with a large amount of garbage.

Some people even incinerated garbage at the site.

Nguyen Thanh Bang, a resident in Hanoi who took his wife and son to the park on Children’s Day, said he was underwhelmed and disappointed by the destination.

“It was filled with trash and smelly. Not only our family but also many other visitors had to leave the place upon arriving,” Bang recalled.

According to Dr. Ho Van The, head of the management office of the Museum of Oceanography, rubbish is often washed into the park as it is located near Nha Trang’s fishing harbor.

Meanwhile, there are only three cleaning employees who have to be in charge of a huge area, consisting of not only the entire museum but also several offices, exhibition rooms, and the park, The continued.

“We are planning to set up a net to prevent garbage from being washed into the park,” he added.