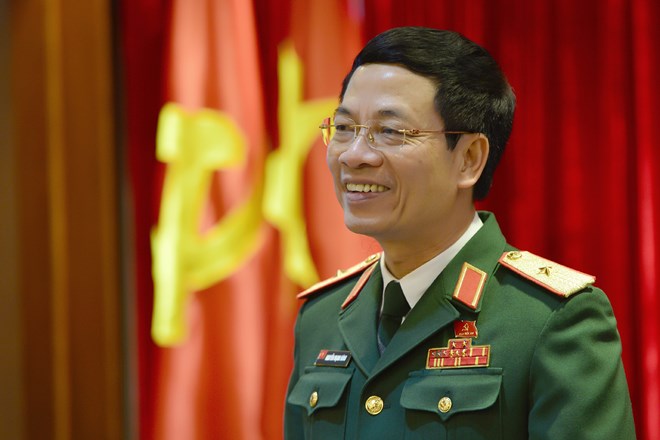 Chairman of the military-run Viettel telecom group Nguyen Manh Hung has been appointed new secretary of the Party Committee of the Ministry of Information and Communications (MIC), shortly after the ministry had its boss suspended.

Hung, who is also general director of Viettel, took over Truong Minh Tuan as MIC Party Committee secretary for the 2016-21 tenure, the Vietnamese government said on its portal on Monday, citing a decision by the powerful Politburo.

Born in 1962 in the northern province of Phu Tho, Hung holds two master’s degrees in economics and telecommunications. He is also a radio frequency engineer.

Hung, who is a major general in the Vietnamese army, became the general director of Viettel in 2014.

In June 2018, the prime minister appointed Hung as chairman of the telecom group, while he continued keeping his position as a general director.

Viettel is a military-owned group managed by the Ministry of National Defense.

Truong Minh Tuan was suspended as Minister of Information and Communications, following an order by State President Tran Dai Quang on Monday.

Tuan was previously reprimanded by the Politburo, received a warning from the prime minster and was relieved from his post as secretary of the MIC Party Committee.

The disciplinary actions were carried out for his role in a scandalous deal between state telecom company Mobifone and local pay TV operator AVG.

Mobifone, which has been under the management of the MIC since 2014, was found overpaying for a 95 percent stake in the loss-making AVG in late 2015.

The Mobifone-AVG deal was proposed when the latter company was bogged down with debts valued at VND1.266 trillion (US$55.77 million) and accumulated losses of VND1.632 trillion ($71.89 million), according to a probe by the state inspectorate.

The deal could have caused losses worth over VND7 trillion ($308 million) to the state budget, the state inspectors concluded.