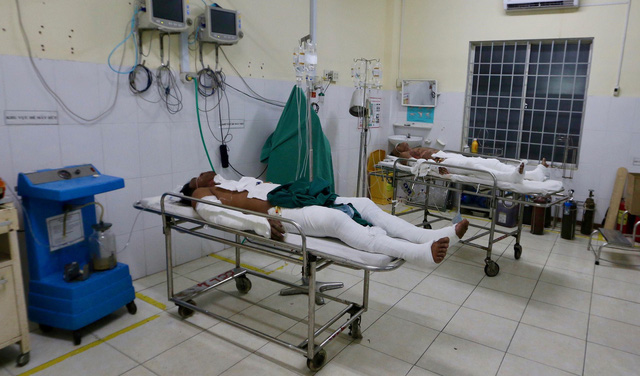 Five men were severely burned after they challenged one another to pour petrol over themselves during a drinking party in the south-central city of Nha Trang on Tuesday.

The five men involved were part of a six-man group that had been drinking beer and grilling fish on a deserted piece of land around 4:25 pm, according to local police.

A statement given to authorities explained that the drinkers had been egging each other on to pour petrol all over their bodies.

Unfortunately, pouring petrol all over one’s body does not take away any of its flammable properties and the stunt resulted in two of the men catching fire from the nearby grill before spreading the flames to the other three.

Locals quickly rushed over to the group to extinguish the fire and take the five wounded men to a nearby hospital.

Four of the most severely burned victims have been transferred to Cho Ray Hospital in Ho Chi Minh City for better treatment.