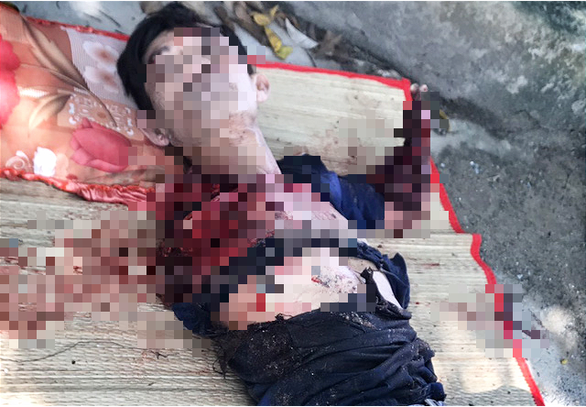 Vietnamese man has arms bitten off by tiger at ecotourism site

A man has lost his two arms after being attacked by a tiger kept at an ecotourism site in southern Vietnam.

Employees of the venue found the victim, about 50 years old, unconscious next to the tiger cage at the Thanh Canh ecotourism site in Vinh Phu Ward, Thuan An Town, Binh Duong Province on Tuesday afternoon.

The man lost his entire right arm, while part of his left arm from the elbow to the hand was also bitten off.

He was immediately brought to the hospital for emergency treatment.

The tiger was still inside the cage when the staff arrived.

The provincial forest protection department and relevant agencies have arrived at the venue to carry out an investigation.

As of Wednesday morning, the man, whose identity remains unknown, was still receiving crucial medical treatment at the hospital.

It is also unclear whether or not the victim is an employee of the ecotourism site, which Phap Luat Thanh Pho Ho Chi Minh (Ho Chi Minh City Law) newspaper said has been closed for a long time.

This is the second tiger attack to have been recorded in Binh Duong over the past three years.

In September 2016, Luong Van Hai, 40, an employee at a tiger breeding farm in Binh An Ward, Di An Town, was found dead after being mauled by one of the animals at the facility.

Hai was killed while providing care for the ten-year-old animal that was sick at the time, according to the facility owner.

It is quite common for ecotourism sites in the southern province to raise such wild animals as tigers and bears, raising concerns over the safety of their employees as well as visitors.