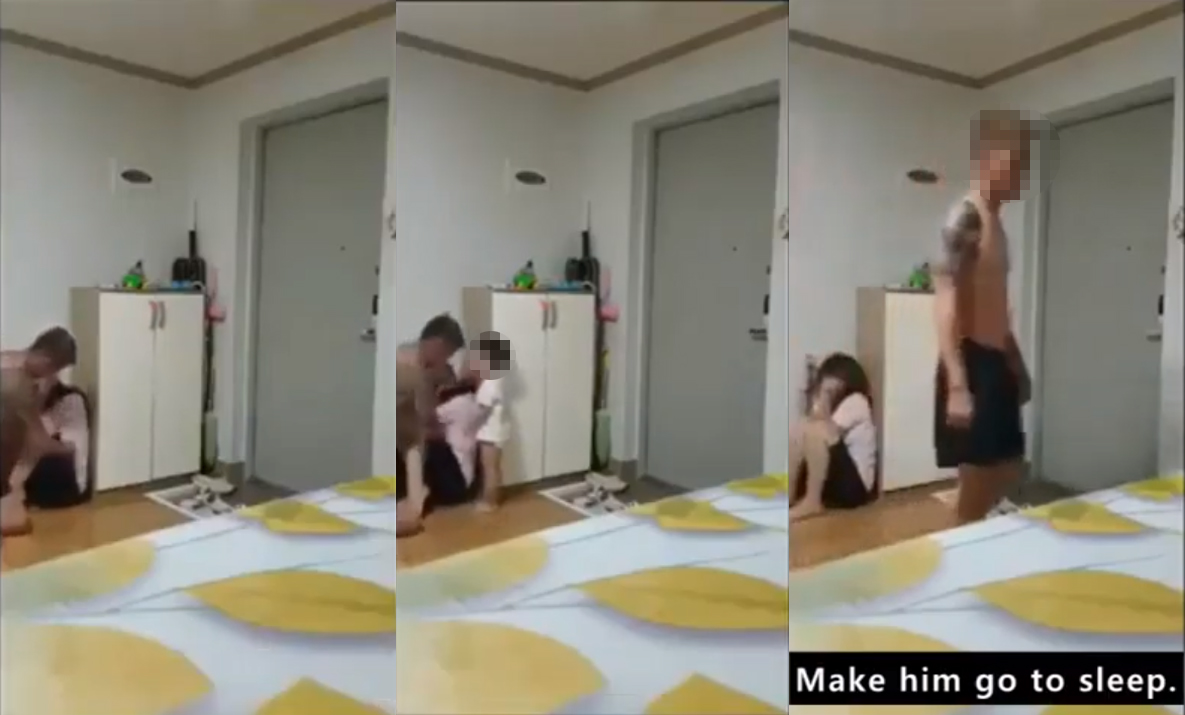 A Vietnamese woman was seen in a video going viral online last weekend being assaulted by her South Korean husband as their son witnessed all the violence.

South Korean media reports said that the two are married and that the domestic violence took place at their home in South Jeolla Province on Thursday, with South Korea’s police chief having vowed a thorough probe into the case.

In a video of the incident seen by Tuoi Tre News, the man could be seen slapping, kicking and repeatedly punching his wife in the head and stomach as she crouched in a corner.

Their two-year-old was crying next to his mother and eventually running away as the beating escalated.

The assault happened at their home in Yeongnam, South Jeolla Province – about 390km south of Seoul – and lasted for more than three hours starting 9:00 pm on Thursday (local time), The Korea Herald quoted the police as saying on Sunday.

A South Korean man beats his Vietnamese wife in this video uploaded to YouTube.

The 36-year-old South Korean man was arrested at around 5:00 pm on Saturday after a report was filed by an acquaintance of the victim. The suspect told police officers he was drunk at the time of the incident.

The wife, 30, came to South Korea from Vietnam as a marriage migrant, police said.

According to English subtitles in the footage of the assault posted to YouTube, the South Korean man was angry at his wife for cooking Vietnamese food.

“Didn’t I tell you not to cook Vietnamese food?” he said in Korean. “This is not Vietnam.”

Tuoi Tre News could not independently verify the accuracy of this translation. The victim’s acquaintance who filed the report told police she was abused for not speaking fluent Korean.

The Korea Herald quoted Yeongam police station as saying the victim and her child had since been moved to a local women’s shelter for protection. She is receiving medical treatment for rib fractures at a hospital.

On Monday, South Korea's police chief Min Gap Ryong expressed regret over the incident and vowed to conduct a thorough investigation into the case, according to Yonhap News Agency.

Min, Commissioner General of the Korean National Police Agency, made the remarks during his talks with To Lam, Vietnamese Minister of Public Security, who is on a business trip in Seoul.

"It is very regrettable that a Vietnamese marriage migrant woman has recently been victimized by domestic violence,” Yonhap quoted Min as saying.

“I promise a thorough investigation and rehabilitation for the victim."

Seventy-three percent of foreign wives in South Korea are Vietnamese, according to a 2018 report compiled by South Korea’s Ministry of Gender Equality and Family.

Around 40,000 Vietnamese women are living in South Korea as marriage migrants, according to the same report. 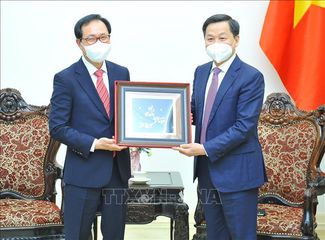