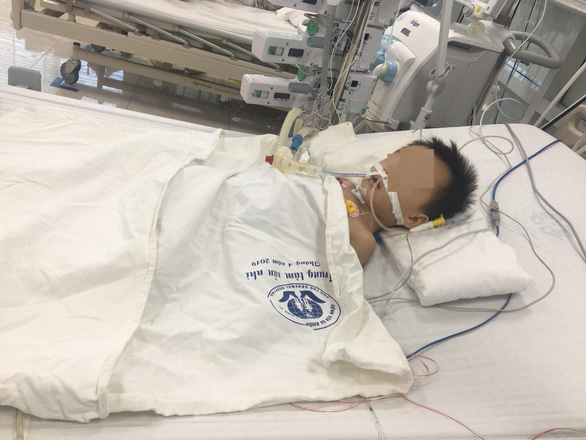 Vietnamese toddler in critical condition after getting four painkillers a day

A 27-month-old boy in the northern Vietnamese province of Phu Tho has suffered severe paracetamol poisoning after his family gave him a total of 16 painkiller pills in four straight days, believing it would treat his fever.

The toddler, T.V.D., was admitted to the Phu Tho General Hospital on Wednesday with such symptoms as drowsiness, high fever, difficulty breathing, coughing and wheezing, irregular heart rates, poor lung ventilation, and an enlarged liver.

D.’s family members stated they had given him four pills of Paracetamol 500mg every day for four consecutive days as he was having recurrent fever.

After diagnosing the young boy with a paracetamol overdose, doctors used a ventilator to support his breathing, carried out a gastric lavage, and performed alkaline treatment.

The patient’s condition, however, worsened about two hours later as he went into a coma and suffered from a fast heart rhythm, hypotension, severe coagulopathy, and elevated liver enzymes, which were symptoms of acute liver failure.

Doctors in Phu Tho say the toddler needs a liver transplant or his condition will become fatal.

The boy was thus transferred to the Vietnam National Children's Hospital in Hanoi for further treatment.

According to Phan Hong Sang, a senior doctor at the Phu Tho General Hospital, a three-year-old child died of paracetamol poisoning at the infirmary about a year ago.

Sang strongly advised that parents only give their children prescribed medicines to prevent similar incidents.

Women who are breastfeeding their kids must also consult doctors before taking any type of medicine.

People should make sure their medicine at home is kept out of children’s reach, the doctor added.

Paracetamol poisoning, also known as acetaminophen poisoning, is caused by excessive use of the medication paracetamol (acetaminophen), which can result in such complications as kidney failure and pancreatitis, or death.