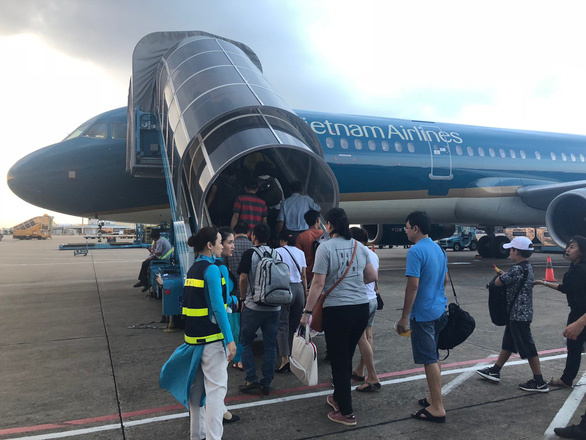 A flight attendant of national carrier Vietnam Airlines has sued the carrier’s cabin crew division for assigning him duties that are not in line with his labor contract.

Bui Anh Tuan, who works as a steward for the national carrier, began submitting his lawsuit to the People’s Court in Long Bien District, Hanoi in June.

A mediation session was organized for Tuan and the Vietnam Airlines Cabin Crew Division by the Office of Labor, War Invalids and Social Affairs in Long Bien District on Friday.

According to the minutes of the meeting, Tuan demanded that the Cabin Crew Division pay him VND94.9 million (US$3,650) as compensation for the eight months during which Tuan was not assigned duties on any flight.

Meanwhile, the Vietnam Airlines Cabin Crew Division stated that Tuan went against regulations when he declined an assignment on flight VN1944 on October 23, 2018.

The division later decided to task him with ground services and at the same time relearning regulations in order to meet all of the criteria required for flight attendants.

Tuan’s salary as well as his meal allowance were adjusted considering his duties in accordance with regulations, they added.

As both sides did not reach agreement, the flight attendant continued filing his lawsuit and is preparing for a hearing as per procedures.

A representative of Vietnam Airlines confirmed to Tuoi Tre (Youth) newspaper on Friday he was aware of the case and was working with relevant agencies to double-check the details.

In related news, many flight attendants of the national carrier have recently expressed their dissatisfaction with the discrimination regarding bonuses between official stewards and those hired from outside.