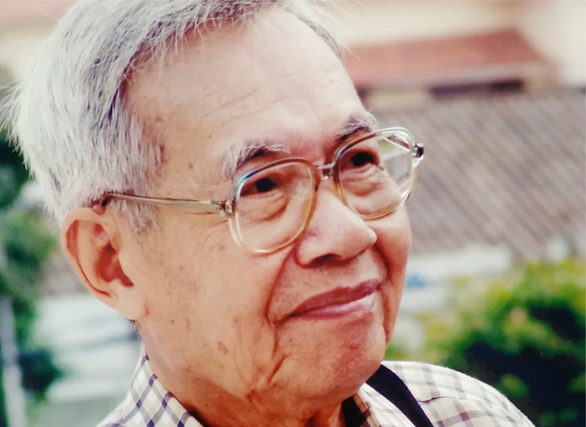 Nguyen Van Thong, a Vietnamese photographer who captured the historic moment when Buddhist monk Thich Quang Duc set himself ablaze in Saigon in 1963, has passed away at the age of 94.

Thong drew his last breath at 7:00 pm on Saturday. A funeral is being held at his home in District 3, Ho Chi Minh City until September 12.

The Hanoi-born photographer is best known for his photo of the self-immolation of Thich Quang Duc, which occurred during the Buddhist crisis in southern Vietnam in 1963.

The oppression and killing of Buddhists engineered by the erstwhile U.S.-backed South Vietnamese government of President Ngo Dinh Diem resulted in a civilian upheaval in the early 1960s.

On the morning of June 11, 1963, around 300 Buddhists hosted a ceremony in Saigon - the former name of Ho Chi Minh City - to pray for people who were killed by the Diem government for supporting religious freedom and equality.

They then began a peaceful march to protest the government’s persecution of Buddhists.

At around 9:30 am, Thich Quang Duc arrived at the demonstration and sat at the busy intersection between Le Van Duyet and Phan Dinh Phung Streets, the former names of Cach Mang Thang Tam and Nguyen Dinh Chieu Streets in District 3.

Thich Quang Duc was calmly seated as another monk poured gasoline over his body and burned him on the monk’s request, as arranged among themselves beforehand.

Hundreds of Buddhists and locals formed a circle around the burning monk, who remained motionless despite the fire consuming his body, Thong said in an interview before his death.

“My hands were shaking and tears began to roll from my eyes as I witnessed the whole thing,” Thong said.

He was among a few other photographers who were there to witness the historic moment of the American war in Vietnam.

One of such people was Associated Press journalist and photographer Malcolm Browne, who won the 1963 World Press Photo of the Year for his iconic photo “The Burning Monk” that captured the self-immolation of Thich Quang Duc.

“No news picture in history has generated so much emotion around the world as that one,” late U.S. President John F. Kennedy once said of Browne’s work.