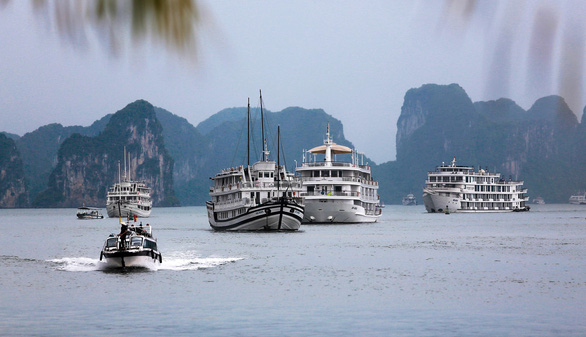 The administration of the northern province of Quang Ninh, home to Vietnam’s famed Ha Long Bay, has abruptly suspended a plan to raise admission charges for the tourist attraction after facing backlash from local travel firms.

The management board of Ha Long Bay on Tuesday sent a fee hike proposal to companies offering tours to Ha Long Bay and the nearby Bai Tu Long Bay.

According to the Ha Long Bay management board, the fee raise is meant to prevent tourists from overcrowding the famed destination.

If approved, the fee changes will be effective from January 2020.

Local tour operators were given only three days to send their feedback on the proposal to the Ha Long Bay management board.

However, the People’s Committee of Quang Ninh on Friday ordered the attraction’s management board to call off the plan as a number of travel firms have expressed disapproval of it.

According to these companies, both the price surge and its effective date are unreasonable and too sudden for them to make any changes to their tour packages.

The companies said that they have already published their quotations for tours to Ha Long until 2021.

The travel firms thus complained that they will be subject to loss, given the fact that they will have less than three months to redesign their tours before the fee surge comes into effect.

“In other countries, such price changes usually become valid at least six months or up to a year [after they are announced],” Thanh added.

This is not the first time the Ha Long Bay management board has proposed raising the entrance fees for visiting the UNESCO World Heritage Site.

A similar elevation was suggested in July 2018, while the visiting fees were raised for the first time in April 2017.