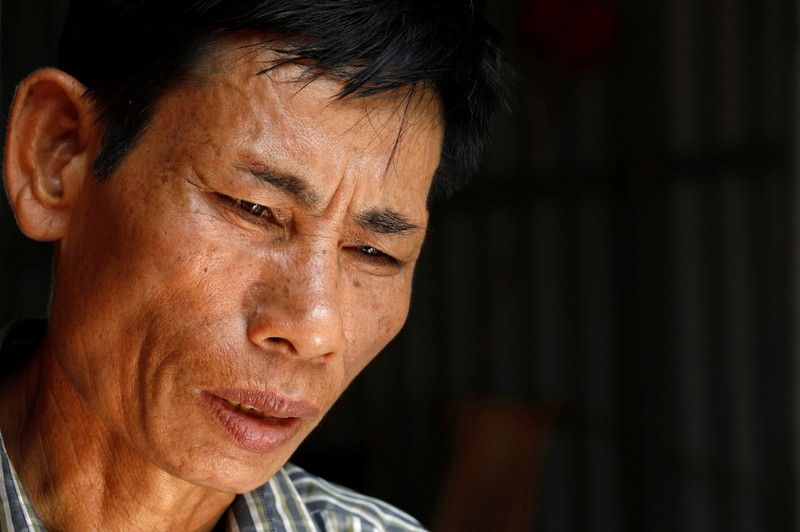 HANOI -- For Vietnamese seeking to embark on the treacherous journey to a new life in Europe, a key question can be: “Grass” or “VIP”?

“If he took the ‘VIP’ route, there’s a 1% chance he was captured. It’s the safest and most expensive route,” said Nguyen Dinh Gia, who fears his son Nguyen Dinh Luong was among 39 migrants found dead in a truck container near London last week. Most are believed to have been Vietnamese.

Many trafficked Vietnamese end up working in illegal cannabis farms in Britain but “grass” in this case is a slang word used in Vietnam to describe something as dirt cheap.

That option, which involves traveling from the Southeast Asian country overland to Europe, means arduous months of secretive movement by car and even walking.

“They’ll often go from Vietnam into China, and then cross into Russia,” said Mimi Vu, an independent anti-trafficking advocate based in Ho Chi Minh City.

“This is usually done by automobile, and then they’ll go from Russia into one of the neighboring countries like Ukraine or Latvia on foot, crossing forests and mountains only at night.”

Taking the “VIP” route typically involves using fake or recycled passports to fly from Vietnam to Europe via a third country in a process that takes days instead of months, but comes at a much higher cost, she added.

Several migrants, their families and experts gave the 11,000 pounds ($14,000) figure as the going rate to be smuggled from Germany or France to Britain.

“Luong told me he chose the ‘VIP’ route, so I don’t understand how he ended up on this path,” Gia added.

That could be because there was no “VIP” route for Luong’s sea crossing from mainland Europe into Britain.

However Vietnamese migrants arrive in Europe, stowing away on a container truck is the only way to take that final step across the Channel, migrants and anti-trafficking experts said.

“Parents pay for the ‘VIP’ service because they think it’ll be safer but what they don’t realize is that their son or daughter will end up in the same container truck as someone who paid for the cheap journey,” said Vu.

Luong’s father said he had tried to persuade his son, whose “grass” route had taken him across Asia to Russia in October 2017, then Ukraine, where he lived with other migrants in a warehouse for six months, not to press on.

“He said in Britain it’s more fun and that there’s a community there,” Nguyen Dinh Gia said.

In April 2018, Luong arrived in Germany, the premier staging ground for Vietnamese migrants in Europe.

“Most of the time he moved by vehicle to get there, but he also had to walk about seven hours,” Gia said of Luong’s trip.

The heart of Germany’s Vietnamese community is the Dong Xuan Center in east Berlin, a vast wholesale market which an investigation this year by the city’s public TV station found was also a hub for people smuggling.

At lunchtime on Sunday it was bustling with locals, Asians and eastern Europeans shopping or sharing a meal.

The administrative office by the Center’s entrance was closed and nobody picked up the phone at the number advertised on the door.

Journeys made by Vietnamese migrants are often broken up into stages, at the end of which traffickers request cash from families before they can proceed further.

When Luong traveled to France from Germany, his father was asked to pay $18,000 in cash for the trip so far.

“Someone called me and a guy showed up in a vehicle and took the money,” Gia said. “He was a man, about 30 years old.”

“When Luong called home to say he had arrived safely, that was the signal for us to prepare money.”

Luong lived in France for almost 18 months, working illegally in a restaurant there.

“Sometimes they ask to meet at a or near a bus stop to receive money,” said Thac. “They have their own money transfer chain, which doesn’t touch the banks.”

Having paid his way to mainland Europe and, despite his father’s wishes, Luong embarked on his final journey to Britain.

Late on Thursday night, Gia received a call from a contact overseas with direct knowledge of the fatal container accident.

“I hope you understand. The vehicle was in an accident,” Luong’s father recalled the contact saying.