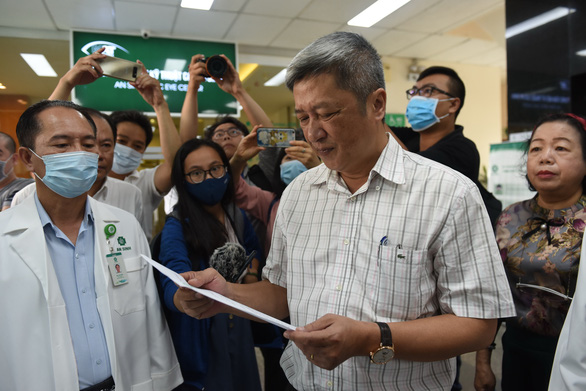 All 20 people who arrived in Ho Chi Minh City after being on the same flight as N.H.N., Vietnam’s 17th patient of the novel coronavirus disease (COVID-19), have tested negative for the virus.

Thirteen of them had their test results return earlier on Sunday, while the remaining seven had to wait until later the same afternoon, according to the city’s Center for Disease Control (CDC).

Although they have tested negative, these 20 people still have to stay quarantined for 14 days as per regulations, the CDC said in a statement.

About 85 people who have had contact with the group of 20 passengers have been asked to monitor their own health conditions at home and refrain from going outside or interacting with others.

N.H.N., a 26-year-old resident in Ba Dinh District, Hanoi, was confirmed as Vietnam’s ‘patient No. 17’ on Friday evening.

She had traveled to Italy, France, and the United Kingdom before returning to the Vietnamese capital on flight VN0054, operated by national carrier Vietnam Airlines, on March 2.

The flight carried 201 passengers, of whom 48 are Vietnamese. They have traveled to different provinces and cities in Vietnam upon their arrival in Hanoi.

Vietnamese authorities are tracing the other passengers on board the flight VN0054.

Meanwhile, nine foreigners among the 201 passengers were confirmed to be infected with the new coronavirus on Sunday.

Five other foreigners on the flight VN0054 boarded flight VN223 from Hanoi to Ho Chi Minh City later on March 2.

These five travelers then got on a Switzerland-based cruise ship operated by Viking River Cruises, heading for Cambodia from the southern Vietnamese metropolis, on March 4.

Of the five, one person occupied seat 3K on the flight VN0054, which is only one row away from where patient No. 17 was seated, and thus runs a high risk of COVID-19 infection.

This person is currently placed under quarantine on the cruise ship, according to the Ho Chi Minh City CDC.

However, the passenger has yet to be sampled for testing as they continue to show no symptom of illness.

The Vietnam General Department of Preventive Medicine has requested Cambodian authorities to sample this person and called on all passengers who shared the same business class with the foreign person on the flight VN223 to present themselves at local medical facilities for health declaration and receiving preventive instructions.

Other passengers on the same flight are advised to go on voluntary quarantine at home.

The novel coronavirus, which first emerged in the central Chinese city of Wuhan in December 2019, has infected over 110,000 people and killed more than 3,800 globally, according to Ministry of Health statistics.

Vietnam has so far confirmed 30 infections, including 18 Vietnamese, two Chinese nationals, one Vietnamese American, seven British citizens, one Mexican, and one Irish national.