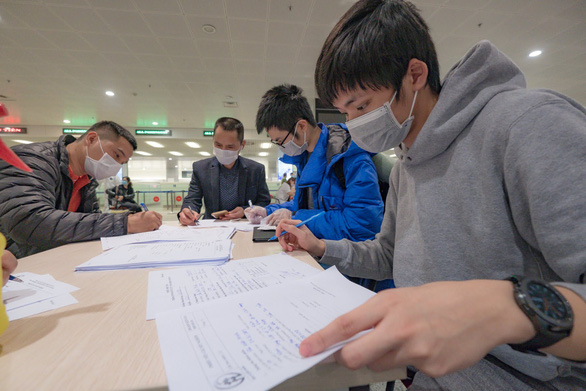 Vietnam still bars entry to foreigners despite the government issuing a resolution to permit citizens from 80 countries to get an e-visa from July 1, an official from the Vietnam Immigration Department told Tuoi Tre (Youth) newspaper on Wednesday.

The 79/NQ-CP resolution was signed by Prime Minister Nguyen Xuan Phuc on Monday to detail the implementation of amendments to the Law on Foreigners’ Entry Into, Exit From, Transit Through and Residence in Vietnam, the official said.

The resolution will take effect on July 1.

Citizens from 80 countries, including Austria, Poland, Belgium, Portugal, the UAE, Germany, India, South Korea, the U.S., Italy, Finland, France, China, Brazil, Canada, Russia, the UK, Japan, Spain, Sweden, Switzerland, the Netherlands, Norway, and more, will be able to apply for an e-visa from that date onward.

The resolution also specifies eight airports, 16 land border gates, and 13 sea border gates where foreigners will be permitted to enter and exit Vietnam with an e-visa.

Many people have misunderstood the new fiat as the opening of Vietnamese borders to foreigners, the official said.

Vietnam is still sealing its borders to foreigners in order to prevent COVID-19 transmission.

Any flight carrying passengers to Vietnam has to be approved by the central government, at a time when all commercial flights between the Southeast Asian country and other nations remain suspended.

Vietnam had tested the issuance of e-visas to foreign citizens before, the official from the Vietnam Immigration Department said, adding that it has become law after having proven effective.

The old 17/2019 government decree merely allowed nationals from 35 countries to apply for an e-visa, the official elaborated.

An e-visa is issued to foreigners via electronic system, the Vietnam Immigration Department said on its website, specifying it is single entry and valid for a maximum of 30 days.

Outside Vietnam, foreigners who want to enter the country can personally apply for an e-visa or through inviting/guaranteeing agencies and organizations.

Prime Minister Phuc already signed a decision to deny entry into Vietnam to all foreigners from March 22 amid the COVID-19 pandemic.

People of Vietnamese origin and their kin who all hold visa exemption certificates are also banned from entering Vietnam.

But the government still considers granting visas to those entering Vietnam for diplomatic, official, and special purposes.

Such cases will be subject to screening, mandatory health status declaration, and appropriate quarantine upon arrival.

Vietnam has arranged for flights to bring back Vietnamese citizens stranded in foreign countries. They will be all isolated as they land, as per regulations.

A list of 80 countries whose citizens will be able to apply for a Vietnamese e-visa is as follows: