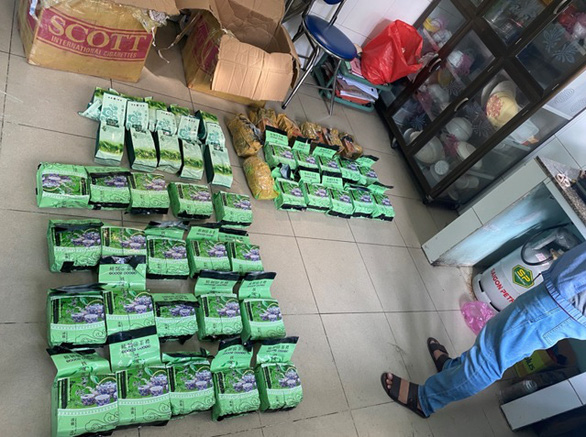 Police in Ho Chi Minh City said on Wednesday that they had broken up a ring that smuggled drugs from Cambodia into Vietnam.

The racket was busted on September 2, officers announced.

The suspects stashed the drugs in fruit boxes in a bid to avoid police detection.

This racket was just set up in mid-July to traffic drugs from Cambodia into Ho Chi Minh City, police said.

On Sunday, Vietnamese police captured eight Laotians when they were carrying 10kg of crystal meth and a loaded pistol across the border from Laos.

The eight moved from Laos’ Savannakhet to Quang Tri Province in north-central Vietnam via Lao Bao International Border Gate, located on the Vietnamese side.

A Vietnam court on Monday condemned two people to death while handing a life sentence to three others for dealing in large amounts of crystal meth in late 2019.

Those convicted of possessing or smuggling more than 600 grams of heroin or more than 2.5 kilograms of methamphetamine could face capital punishment.