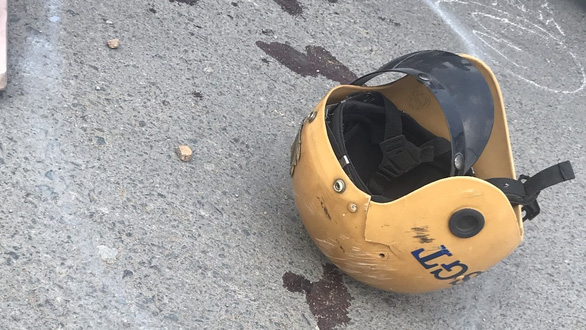 A policeman on duty in Binh Chanh District, Ho Chi Minh City was knocked over after signaling a speeding motorbike to pull over on Sunday.

Pham Tan Nhan, the injured police officer, is a member of a working group under PC08’s Da Phuoc Traffic Police Station, which was patrolling Nguyen Van Linh Street at that time.

As the group noticed two young men exceeding the speed limit on a motorbike, Nhan signaled the vehicle to pull over for inspection.

However, the motorbike driver refused to comply, charging headlong at the police officer and knocked him to the ground.

Nhan sustained multiple injuries after the collision and was brought to Cho Ray Hospital in District 5 for emergency aid.

Meanwhile, the two offenders deserted their vehicle and fled, but they were soon caught and handed over to police in Binh Chanh District and PC08 for further investigation.