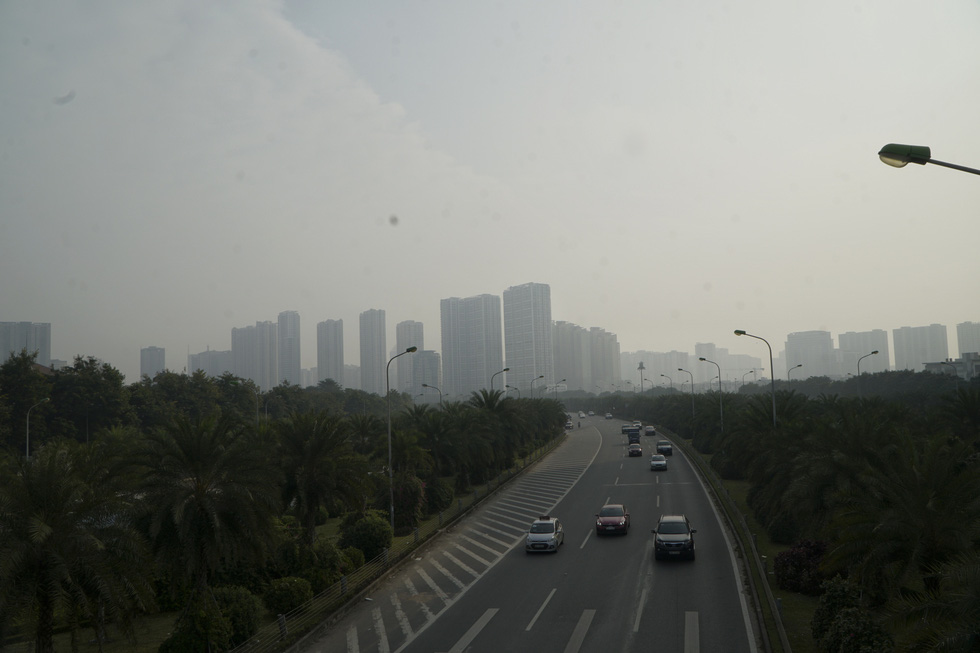 Visible indications of air quality deterioration were reported in Hanoi on Thursday as the city was engulfed in thick clouds of smoke.

The Air Quality Index (AQI) in downtown Hanoi reached an unhealthy level on Thursday morning, according to air quality monitoring stations operated by the Environmental Protection Agency under the Department of Natural Resources and Environment.

An AQI readout between 101 and 150 indicates “unhealthy” air quality for sensitive groups, while anything falling between 51 and 100 means “moderate” in terms of air pollution.

Most notably, the monitoring station at 57 Tran Hung Dao Street of Hoan Kiem District recorded AQI of over 150, which is considered unhealthy for all groups of age.

Severe pollution caused major roads of Hanoi to be smothered in smoke, forcing commuters to turn on the headlights during the morning hours.

Nguyen Thanh Tam, 22, a student of the University of Languages & International Studies in Hanoi, complained that air quality in downtown Hanoi has decreased sharply over the last few days.

“I feel uncomfortable going out as the air is too polluted. As my body is very sensitive, I get teary-eyed every time I go out,” she said.

“Besides the main factors as of traffic, construction and waste burning, the weather conditions of winter also worsen pollution in the city compared to other seasons,” he explained while recommending Hanoi residents to wear face masks for self-protection before organized measures from the authority are launched.