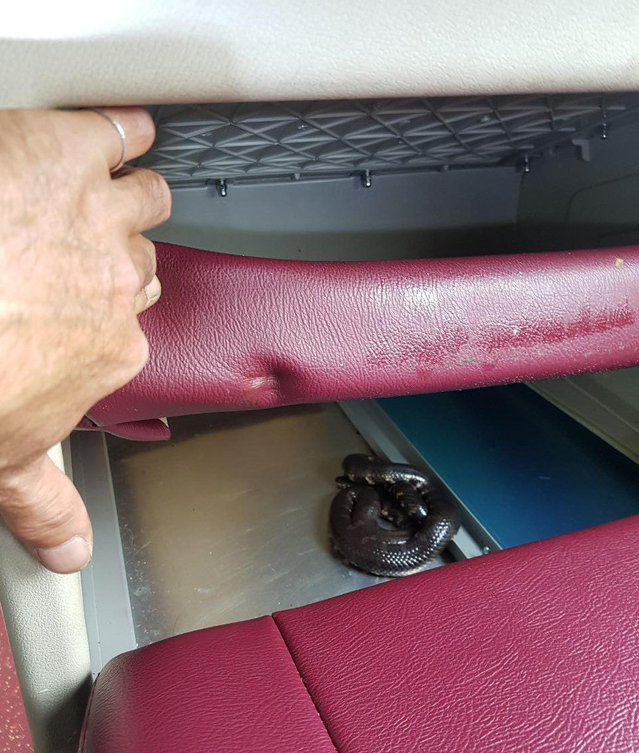 Several snakes broke free on board a coach in Vietnam’s Central Highlands on Saturday after a passenger secretly carried them in his backpack.

The incident occurred on a sleeper bus of Thanh Buoi Bus Line traveling from the Mekong Delta city of Can Tho to the Central Highlands city of Da Lat, a representative of the transport firm said.

The coach departed at 7:00 pm on Friday, the representative stated, adding that the driver was not aware there were snakes on the vehicle as the passenger hid them in his backpack.

As the bus reached Bao Loc City in Lam Dong Province, about 110 kilometers from Da Lat, at 2:00 am on Saturday, many passengers panicked after discovering a snake on the vehicle.

The driver and conductor pulled over the bus and asked all passengers to exit.

They later found several other snakes at many corners of the vehicle.

Thanh Buoi decided to halt the operation of the sleeper bus for several days to remove all seats, clean the vehicle, and make sure there are no snakes left.

The incident has resulted in considerable financial damage to the passenger bus line, according to the representative.

It has become increasingly common for passengers to sneak their pets, such as dogs, cats, and birds, onto long-haul buses in Vietnam.

According to regulations, passengers are allowed to bring pets on board passenger transport vehicles and can only keep them in the luggage compartments.

If such a vehicle is found carrying animals in the passenger compartment, the operator will be fined VND3-5 million (US$129-216) and the driver will have his license revoked for one to three months.

Bringing pets onto a passenger transport vehicle is banned as the animals can leave behind fur, lice, and other types of parasitic bugs, which affect other travelers, especially those with asthma or allergies.