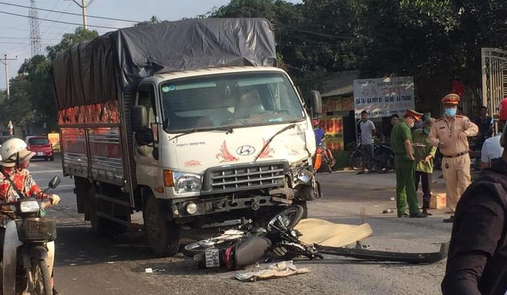 Over 3,000 killed in traffic crashes across Vietnam in first half of 2021

More than 3,000 people were killed in traffic accidents across Vietnam in the first six months of this year, according to the Ministry of Public Security.

The common causes were speeding and wrong-way driving among others.

More than 1.73 million traffic violations were booked during this period, with fines worth over VND1.7 billion (US$74,100).

The number of traffic violations fell 5.5 percent year on year.

They also detected the illicit transport of 182 bricks of heroin and over 121,000 pills of synthetic drugs.

Thirty-three cases of illegal entry were also discovered by traffic police units in the country, resulting in the arrest of 155 people.