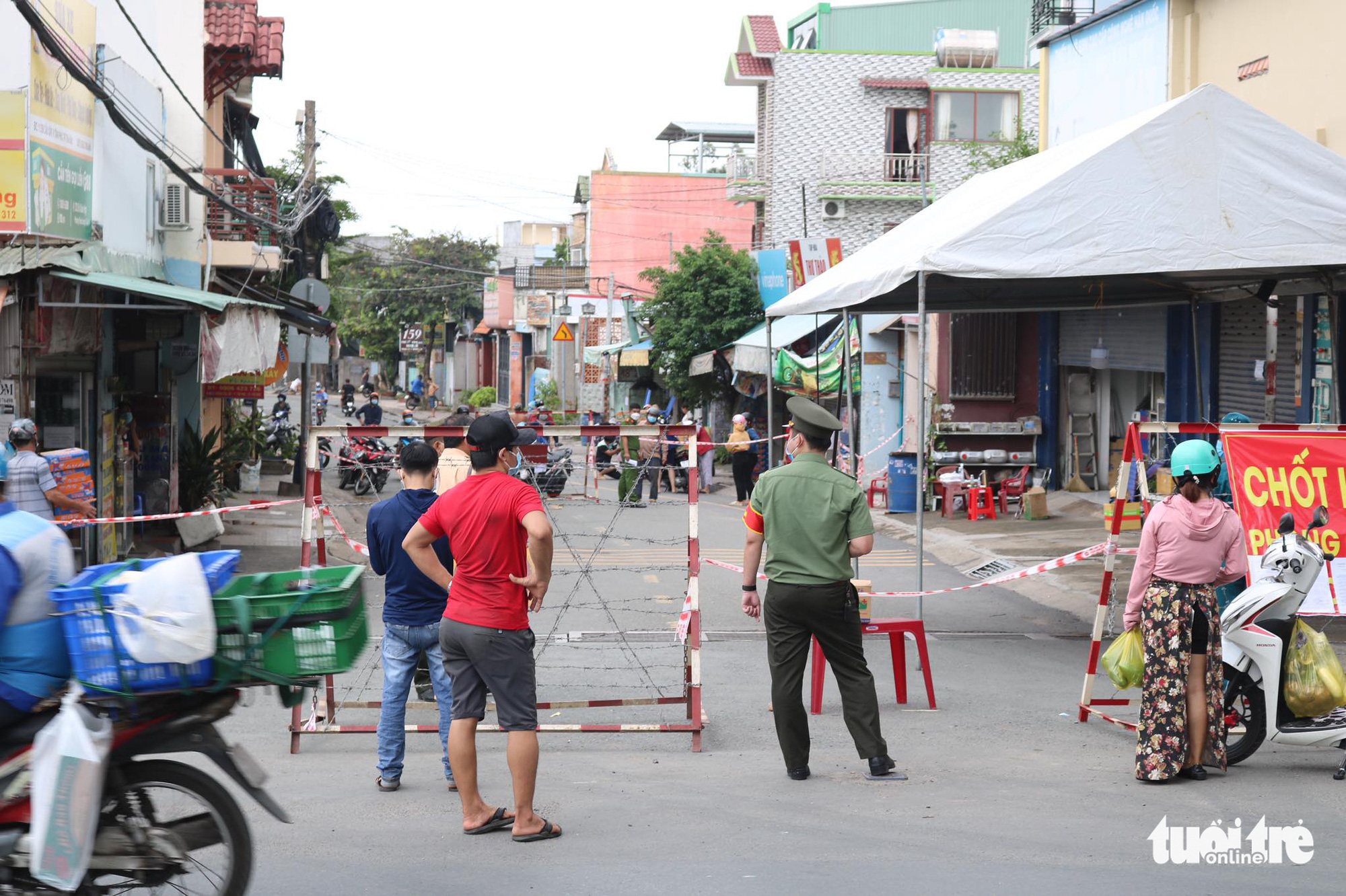 Residents in Ho Chi Minh City will be fined up to VND3 million (US$130) if they leave their house without appropriate reasons, as authorities are enforcing stricter social distancing measures from Friday.

Citizens will have to follow social distancing regulations under the prime minister's Directive No.16 for 15 days from 0:00 on Friday, as the metropolis struggles with the worst-ever COVID-19 outbreak.

The directive promulgates that everyone has to stay home and can only go outside to buy food, medicine, and other essential items, as well as in emergency cases.

People are also allowed to go to work at state agencies, armed forces, diplomatic agencies, and at other establishments regulated by the state.

The municipal People’s Committee has requested the administrations in all wards, communes, and towns to carry out regular patrols and establish checkpoints on major routes in order to make sure social distancing rules are strictly complied with.

Officers will focus on fining those who leave their houses without proper reasons.

In accordance with Decree No.117, residents who go outside without appropriate reasons will be fined VND1-3 million ($43-130).

As Directive No.16 also bans public gatherings of more than two people, violating this rule is punishable by a fine worth VND10-20 million ($434-869).

Vietnam has documented 24,385 cases of COVID-19 as of Thursday evening, with 8,950 recoveries and 105 deaths, according to the health ministry.

The country has recorded 20,917 local infections in 57 provinces and cities since the fourth wave began on April 27.

Ho Chi Minh City is the hardest-hit locality with 9,066 cases.