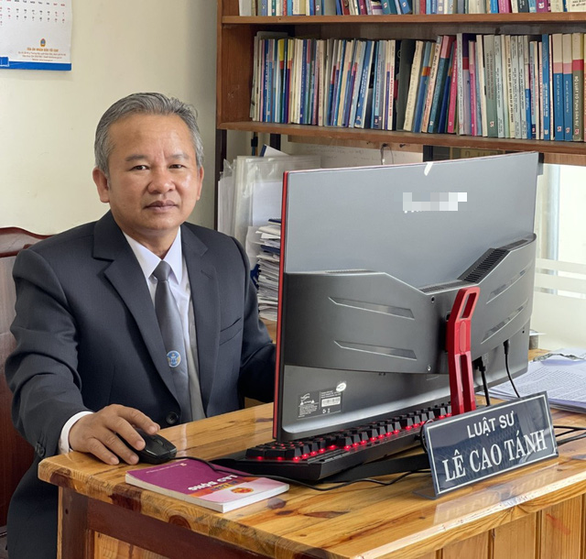 In Vietnam, teacher-turned-lawyer wins decade-long lawsuit against school that sacked him

After being dismissed from his job as a teacher at Nguyen Du Middle School in Da Lat City of Lam Dong Province 15 years ago, Le Cao Tanh went for a career in law and eventually triumphed over his old employer in a wrongful termination lawsuit.

Discussing with Tuoi Tre (Youth) newspaper, Le Cao Tanh revealed that he has just received the decision from the judge panel of the High People’s Court in Ho Chi Minh City, which stated Tanh’s victory in his wrongful termination lawsuit against Nguyen Du Middle School.

As per the lawsuit that Tanh filed, he was once employed as a literature and civic education teacher at Nguyen Du Middle School in Da Lat.

In 2006, Tanh was fired for slapping a student who verbally attacked him.

He subsequently brought the case to court, requiring the Lam Dong Department of Education and Training to revoke the dismissal and pay him an amount of compensation after his effort to mediate with the school management failed.

Two years later, he appealed the lawsuit at a trial after both the People’s Courts of Da Lat City and Lam Dong Province dismissed his case.

During the pursuit of the case in the following years, Tanh studied the law and passed the bar exam to become a lawyer in 2010.

His lawsuit, however, would drag on ten more years due to repeated instances of appeals from both sides.

In early 2020, the ruling came in his favor as the People’s Court of Lam Dong Province turned down the appeal of Nguyen Du Middle School, stating that they had to reinstate Tanh’s position and compensate him VND615 million (US$26,593).

Discontent with the ruling, the Nguyen Du management continues to appeal to the High People’s Court in Ho Chi Minh City, but the judge panel there reserved the decision made by the People’s Court of Lam Dong Province.

This decision will be considered final unless another appeal is filed to the Supreme People’s Court of Vietnam.