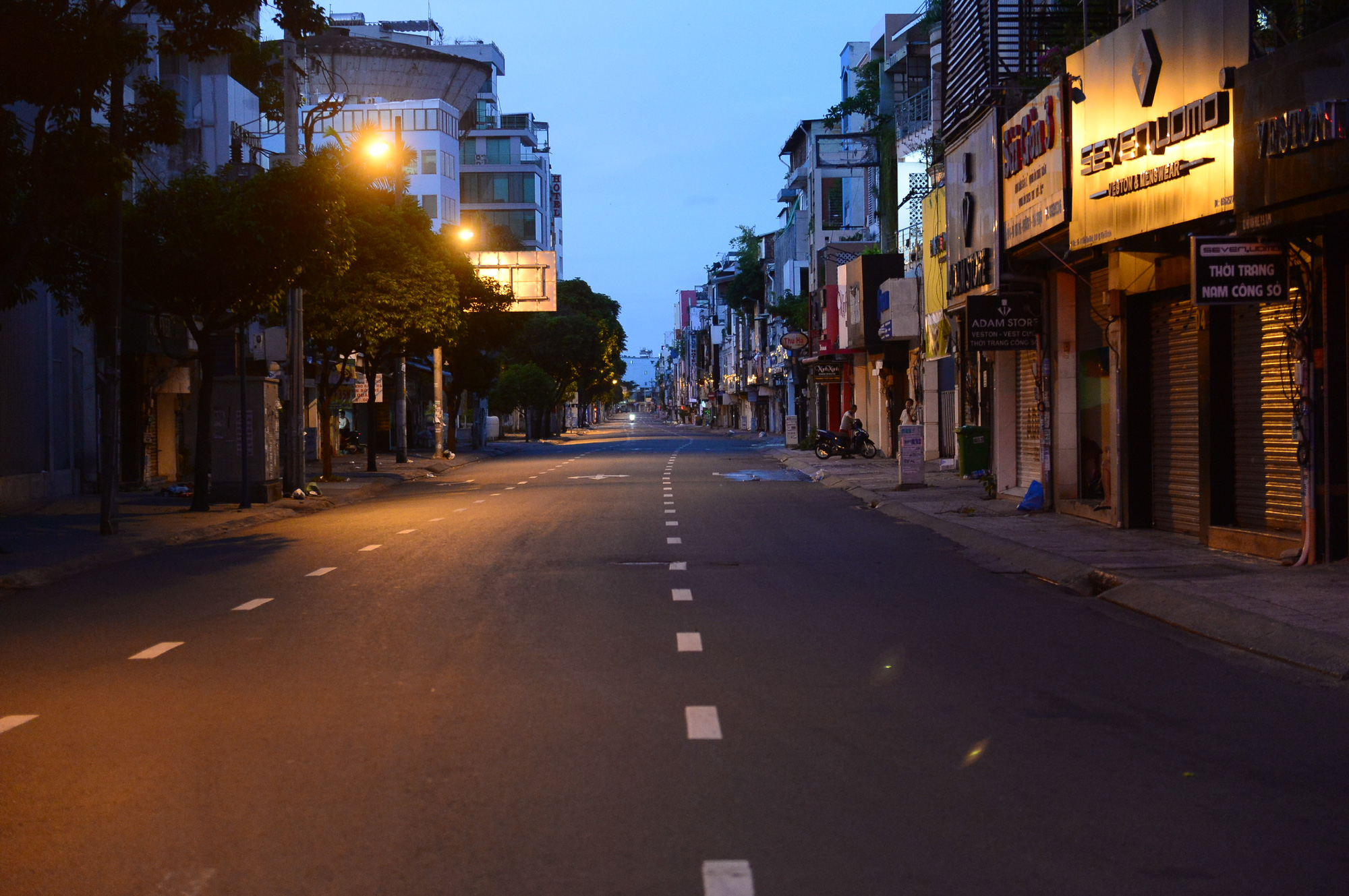 Streets in Ho Chi Minh City became empty on Monday evening due to the implementation of an outdoor travel restriction, while multiple police units were tasked with patrolling to make sure the rule was strictly followed.

The municipal People’s Committee decided to ban all residents from staying outdoors from 6:00 pm to 6:00 am the next day from Monday until further notice amid the worst COVID-19 outbreak.

All activities in the city are suspended, save for emergencies and pandemic prevention missions.

According to the observation of Tuoi Tre (Youth) newspaper reporters, local roads became quite busy at around 5:00 pm on Monday as people rushed home after work.

Most of these commuters worked in essential sectors.

All streets became quiet and empty after 6:00 pm, while some residents who did not make it home in time or trucks carrying essential goods were occasionally spotted.

Many units of traffic police were mobilized to make sure everyone complied with the rule.

Along a street in Go Vap District, a man was pulled over for an administrative inspection as he was outside during the travel restriction.

The resident said he had just left his office and bought some necessities on his way home.

After presenting necessary documents, the man was allowed to go home.

On-duty officers said they were only giving warnings as it was the first day the restriction was enforced.

At a checkpoint on Pham The Hien Street, District 8, officers were charged with inspecting all vehicles during the restriction period.

Violators were given warnings and required to read the new regulations out loud.

“We asked the offenders to read the rule out loud so that they could understand and remember it carefully, thus becoming more responsible,” an officer stated.

Ho Chi Minh City has so far registered 68,271 coronavirus cases in the community since the fourth outbreak hit Vietnam on April 27.

The metropolis has implemented social distancing at various levels since May 31, with the latest extension lasting from July 24 to August 1.

The municipal administration decided to apply stricter restrictions together with other epidemic control rules under the prime minister’s Directive 16 during this period.