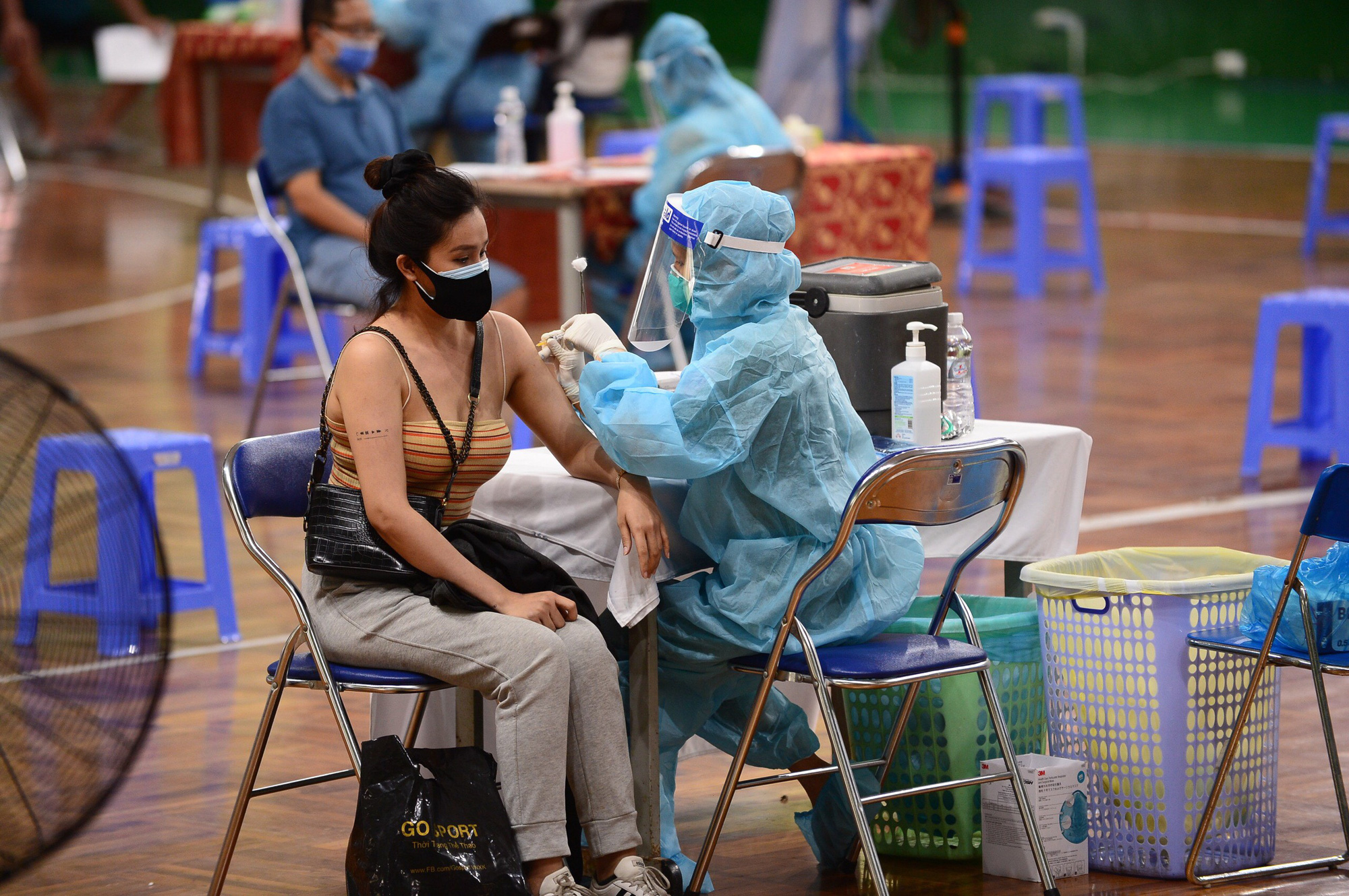 Ho Chi Minh City authorities have prepared plans to vaccinate citizens against COVID-19 after 6:00 pm each evening during the extensive social distancing period.

The arrangement of functional forces participating in the vaccination drive and the inoculation process will be simplified to speed up the progress, Phan Van Mai, standing deputy secretary of the Ho Chi Minh City Party Committee, said at a press conference on Wednesday afternoon.

Each ward will establish two vaccination sites, while elderly residents will receive jabs at hospitals.

Vaccine recipients and staff involved in the vaccination will be provided with paperwork in order to pass through COVID-19 checkpoints after 6:00 pm in light of the city’s ban on being outdoors between 6:00 pm and 6:00 am.

Ho Chi Minh City has launched its fifth immunization phase for residents belonging to designated priority groups, with a target of administering 930,000 jabs from three brands -- Moderna, Pfizer, and AstraZeneca -- from July 22.

Some 300,000 residents of the city's nine-million population had been inoculated as of 4:00 pm on Wednesday, according to Nguyen Hoai Nam, deputy director of the Ho Chi Minh City Department of Health.

The speed of vaccination has gradually increased, with about 70,000 people being injected per day.

At this rate, the campaign is expected to conclude in two to three weeks.

Before the city granted permission for vaccination to continue past 6:00 pm each day, inoculation teams had been racing against the clock to finish by 5:00 pm.

People injected at 5:00 pm were monitored for 30 minutes until 5:30 pm before being allowed to go home.

Authorities have administered more than 5.3 million vaccine shots, including over 977,400 doses in Ho Chi Minh City, since Vietnam rolled out inoculation on March 8.

About 496,000 people have been fully vaccinated, with more than 62,200 of them living in the southern metropolis.

City authorities have proposed the Ministry of Health allocate more COVID-19 vaccines to add to its remaining number of about 600,000 doses.

Since April 27, when the pandemic’s fourth wave appeared in Vietnam, the city has accounted for 78,904 cases in the country’s total of 121,433 domestic infections and recently led the nation in daily new infections, with thousands of patients registered per day.