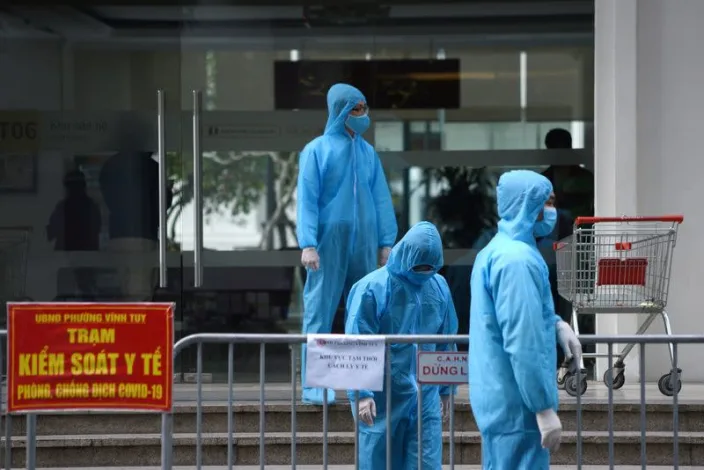 Vietnam's business hub Ho Chi Minh City will extend its coronavirus restrictions to the end of August, state media reported on Friday, as new infections and deaths rise further in the epicentre of the country's worst outbreak yet.

"We have to prepare for a prolonged battle," Phan Van Mai, standing deputy secretary of the Ho Chi Minh City Party Committee, was quoted as saying by Tuoi Tre (Youth) newspaper.

After successfully containing the virus up until late April, Vietnam has seen infections rise rapidly and has introduced movement restrictions across about a third of the country to try to curtail the spread.

It comes at a time when vaccines are in short supply and only about one percent of the population has been fully inoculated, including 130,000 people in Ho Chi Minh City, which accounts for half of Vietnam's cases and by far the majority of its more than 4,800 deaths.

Of most concern is the high mortality rate, which city authorities said was an average 241 deaths per day.

By comparison, Vietnam's overall coronavirus fatalities one month ago were just 138.

Authorities have called for faster vaccinations, with about one million doses now being administered nationwide each day.

A fifth of those are in Ho Chi Minh City, where about two-thirds of its nine million residents have received a first dose.