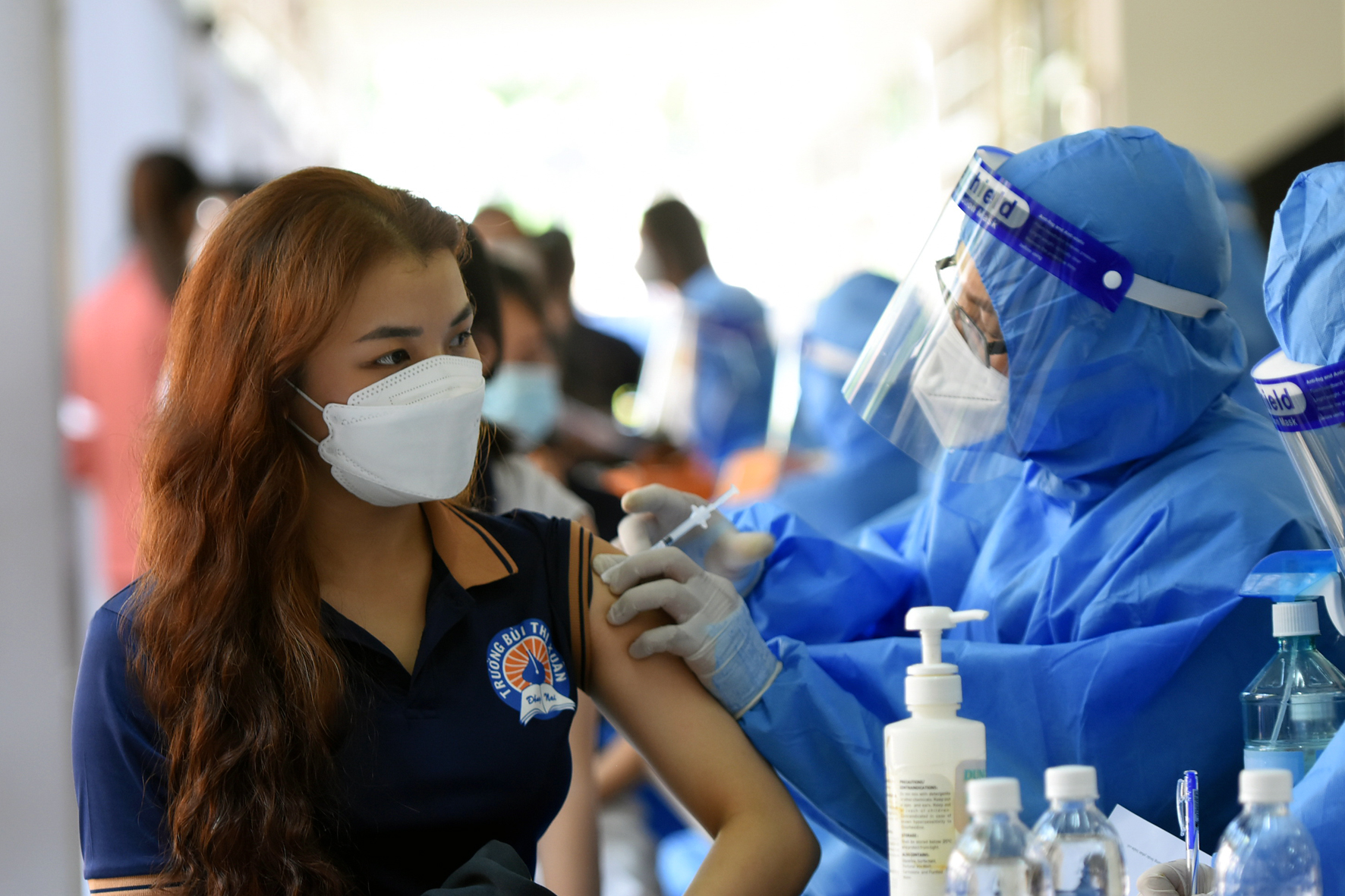 About 97,000 children in this age range will receive the vaccine during this campaign, according to Nguyen Huu Tai, deputy director of the provincial Department of Health.

Among them, more than 83,000 are high school students, while the others are learners of vocational schools and children at social protection centers, Tai elaborated.

The province currently focuses on vaccinating children aged 15-17 against COVID-19, the health official said, adding that those aged 12-14 will be provided with the vaccination when more doses are allocated to the area.

At a vaccination site in the provincial capital city of Bien Hoa, many students said they were nervous but believed that the vaccination would allow them to return to school soon.

Tran Bao Han, a twelfth grader, said her parents told her to stay home for the past four months due to the dangerous pandemic.

Therefore, both Han and her family members were very excited that she was finally able to get the shot.

“It’s my last year in high school and I can’t wait to see my friends and teachers again,” Han stated.

Nguyen Hai Ha, who resides in Vinh Cuu District, said she was happy and thankful that her teenage son was given the shot.

Dong Nai has been the third-largest COVID-19 epicenter in the country since the fourth outbreak began on April 27, with more than 72,100 local cases.

The Ministry of Health has approved Pfizer-BioNTech vaccine for use in children aged 12-17 in Vietnam.

Health workers have administered nearly 4.6 million vaccine doses, with about 76 percent of the province’s adult population fully vaccinated, according to the provincial health department.

The Vietnamese Ministry of Health first issued guidelines on COVID-19 vaccination for children aged 12-17 on October 14.