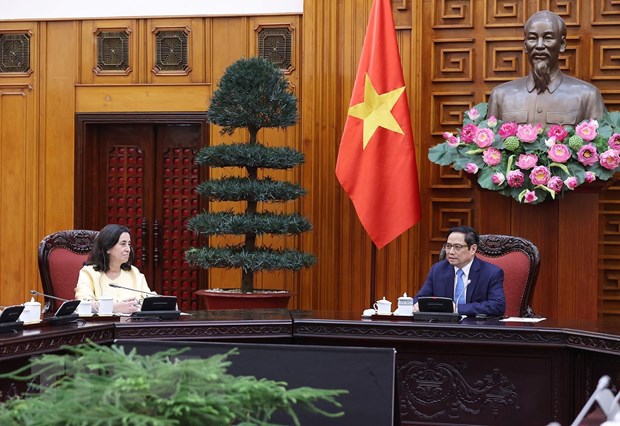 -- Vietnam has reached agreement on the mutual recognition of ‘vaccine passports’ with 16 countries as of March 17, spokeswoman of the Ministry of Foreign Affairs Le Thi Thu Hang told reporters on Monday.

-- A cold spell is expected to bring rains and low temperatures to northern and north-central Vietnam on Tuesday evening and Wednesday, according to the National Center for Hydro-meteorological Forecasting.

-- Many flights to Phu Quoc Island off southern Kien Giang Province had to fly for an additional 20 to 30 minutes before landing due to a heavy downpour on Monday afternoon.

-- A 41-year-old man from the Central Highlands province of Lam Dong has been fined VND350 million (US$15,300) for storing wild animals and their parts at his home. Police have also initiated legal proceedings against him for the offense.

-- The People’s Committee in north-central Nghe An Province has ordered the verification of a case where a commune police officer was accused of beating a man after arresting him in January, which resulted in his hospitalization.

-- Seven people including a three-year-old girl were injured with acid during a conflict that broke out between two families over land disputes in northern Quang Ninh Province on Saturday, an official confirmed on Monday.

-- More than 100 people including police officers and local residents joined hands to apprehend a 32-year-old man who had killed a person and injured another with a knife in northern Yen Ban Province on Monday.

-- Ho Chi Minh City is expected to welcome only 3,000 international visitors in March and April after Vietnam officially resumed international tourism on March 15, according to the municipal Department of Tourism.