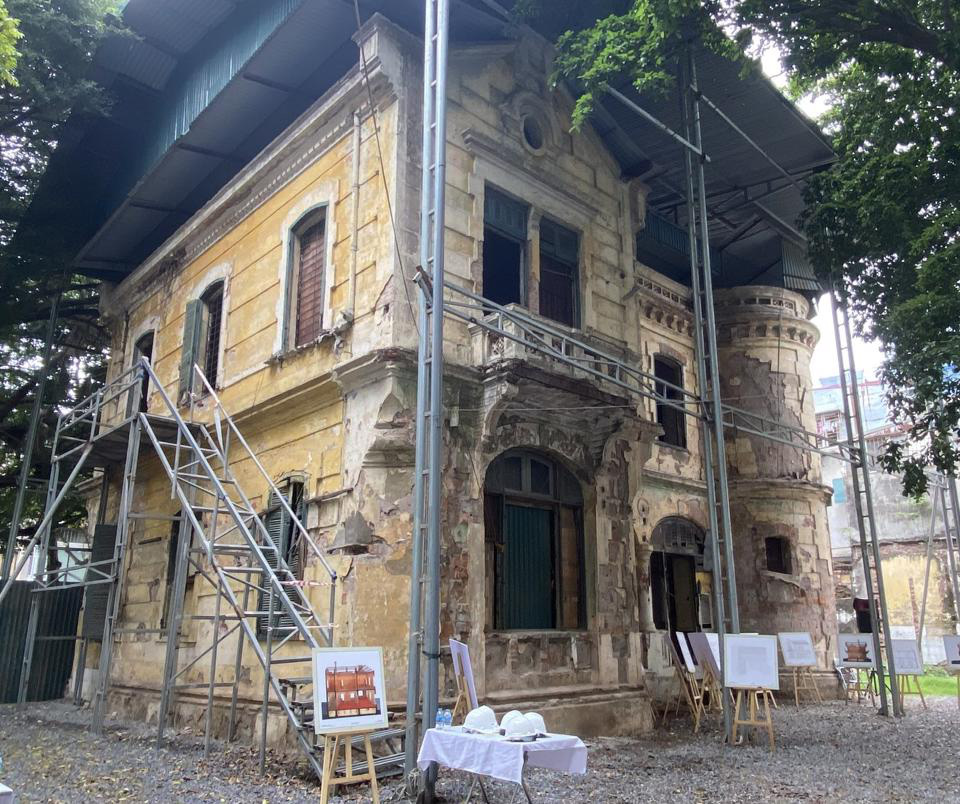 The municipal People’s Committee organized a ceremony on Wednesday to initiate the revamp of the old French villa in Hoan Kiem District.

The project is part of a cooperation agreement between Hanoi and France’s Ile-de-France region.

The developer is the Management Board of Hoan Kiem Lake and Hanoi Old Quarter, while experts from the Ile-de-France region will provide technical support, Pham Tuan Long, chairman of Hoan Kiem District, said at the ceremony.

The French villa is located on a land lot with two facades covering 993 square meters at the corner of Tran Hung Dao Street and Hang Bai Street.

Constructed in the early 20th century, this is one of the buildings that still retain many architectural values.

The renovation will follow the principles and methods that are being applied in France to serve as a model restoration project for similar French-era edifices in Hanoi.

After being revamped, the villa will function as a French cultural exchange center where heritage enthusiasts can learn about the formation of the French Quarter in Hanoi, the interaction between the French and Vietnamese cultures during the first half of the 20th century, and basic principles in the restoration and promotion of ancient French architecture, said chairman Long.

The renovation is expected to be complete in March 2023.