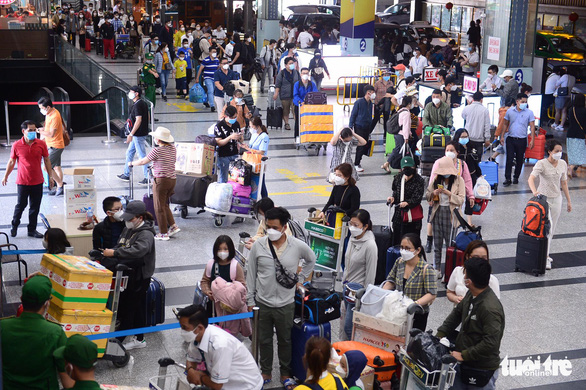 In a dispatch sent to the airport authority and agencies concerned on Wednesday, the municipal Department of Transport asked that steps be taken to prevent passengers from being fleeced, including regular inspections of such vehicles.

Strict punishments must be given to any firms which claim higher transport charges than their quoted rates, the department said.

The move was made after passenger Dr. Le Dang Doanh, former head of the Central Institute for Economic Management, was asked by a commercial car driver to pay nearly VND200,000 (US$8.65) for his three-kilometer trip from the airport to a hotel.

Dr. Doanh said he took a passenger car operated by the Southern Airport Transportation Joint Stock Company (SATSCO) for his trip after his flight touched down at the airport last Saturday.

“I got in the car at the airport and I thought transport charges were controlled by relevant agencies, but such a charge was very high,” Doanh commented.

On Tuesday, the Southern Airport Authority said that it had convened a meeting with the driver and a representative of SATSCO to clarify the case.

At the meeting, both the driver and the firm admitted the charge was collected higher than the rate registered by the firm with local transport authorities.

There have yet to be an explanation on why the driver asked Doanh to pay VND198,000 while the contract showed VND180,000.

SATSCO has suspended the driver from work for 15 days for further clarification.