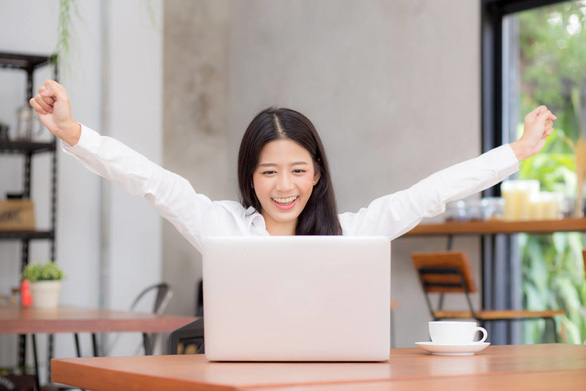 Dam Thi P., 29, had no qualms looking for a new job the moment she hit a career dead end in her role at a local milk company.

Tan Khang, 33, felt similarly after finishing off his fourth year at a job he felt was ‘too repetitive.’

With his salary stagnant and nothing new to learn, Khang set out to find a new role elsewhere that was more aligned with the future he saw for himself.

“I’m not young anymore. I need to find jobs that pay more, even if it’s only a little more, which will help me afford my daily needs,” Khang shared.

“Having worked at the same position for more than four years, there is nothing new for me to learn.

“My job has just become too repetitive and boring,” he added.

“Maybe a new job will have a similar pay rate, but at least it might help me build my skills, knowledge, and relationships.”

P. had a similar experience.

After just two weeks on the hunt, she found a job as a talent acquisition executive – a role she had long dreamed of but hadn’t had many previous opportunities to pursue.

While P. boldly left her previous job before having anything new lined up, Khang took the more conservative route by waiting to resign until he had secured a new position elsewhere.

“Resigning at the previous company was difficult, especially because of the relationships I had formed with my colleges,” P. shared.

“But I never regretted it. I knew my life would only get better with a new job,” she said.

Unlike millennials, generation Z (born from 1996 - 2012) see job hunting as a ‘career shortcut’ – a way to speed up the learning process and boost their salaries.

According to P., 22, it can take more than a year to advance from an intern to a junior position in her office.

This process is seen as a burden by many young workers, who see jumping between jobs every three months as a way to speed up the process, gain experience, and then apply for a full-time job.

“It doesn’t take too long to figure out what you want. A six-month internship is more than enough to understand the working environment,” P. said.

T., 22, has been working since his sophomore year of university and has worked four different jobs in less than two years.

“Having a mindful attitude and picking up new skills can guarantee you a job. There are always offers on the table, you just need to find them,” T. said