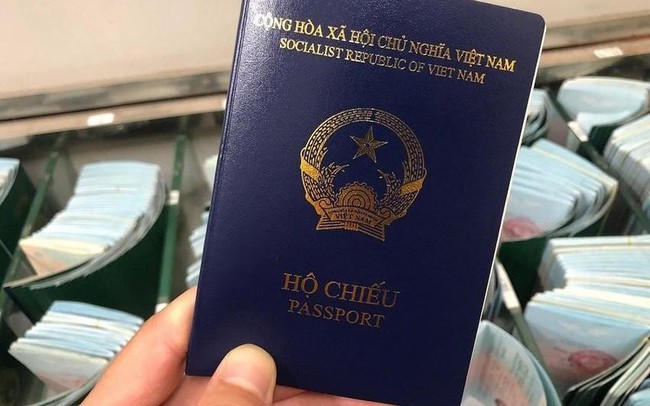 The Embassy of Spain in Vietnam has decided to recognize a new Vietnamese passport, reversing its suspension a week before, according to the diplomatic mission’s announcement on Monday morning.

The Spanish Embassy said that it completed the mandatory technical consultations with the authorities in Spain and came to the conclusion that the new Vietnamese passport, in blue-violet color, includes the essential details required by international regulations.

Therefore, the embassy has resumed the acceptance for processing visa applications with the blue-violet passport and a valid identity document starting Monday.

The embassy explained that since the place of birth is mandatory information in Schengen visa applications, applicants holding the blue-violet passport must prove their birthplace by presenting a valid Vietnamese identity document, in which the said information is stated.

The embassy, however, noted that Schengen member countries that do not recognize those new passports will not accept visas issued on them due to the bloc's regulations.

Travelers are recommended to consult the respective embassies of the countries they wish to visit before beginning their preparations, it said.

Schengen visa applications with old and valid Vietnamese passports will still be accepted and processed as usual, the Spanish embassy added.

The Embassy of Spain in Vietnam announced on August 1 that visa granting would be halted until further notice, saying that the new Vietnamese passport did not provide information on the place of birth, which is displayed in the old passport in green color.

It was the second suspension applied by foreign countries to the freshly-issued passports and followed by the Czech Republic one day later.

On July 28, the German Embassy in Hanoi was the first foreign side to deny visas to holders of the new Vietnamese passports, saying their identities could not be verified without the place of birth.

One day later, the Vietnamese Embassy in Germany announced its free issuance of birthplace certification to holders of Vietnam’s new passports to help them obtain residence permits and carry out other administrative procedures in the European country.

The Vietnamese Embassy in the Czech Republic also started adding an annotation on the place of birth on Page 4 of the new passports to facilitate the Vietnamese holders in applying for visa extension or other public administrative services there.

Vietnam’s new passport, with decorations on its pages and covers, has been in use since July 1 this year.

The old, green cover passports will continue to be valid till they expire.