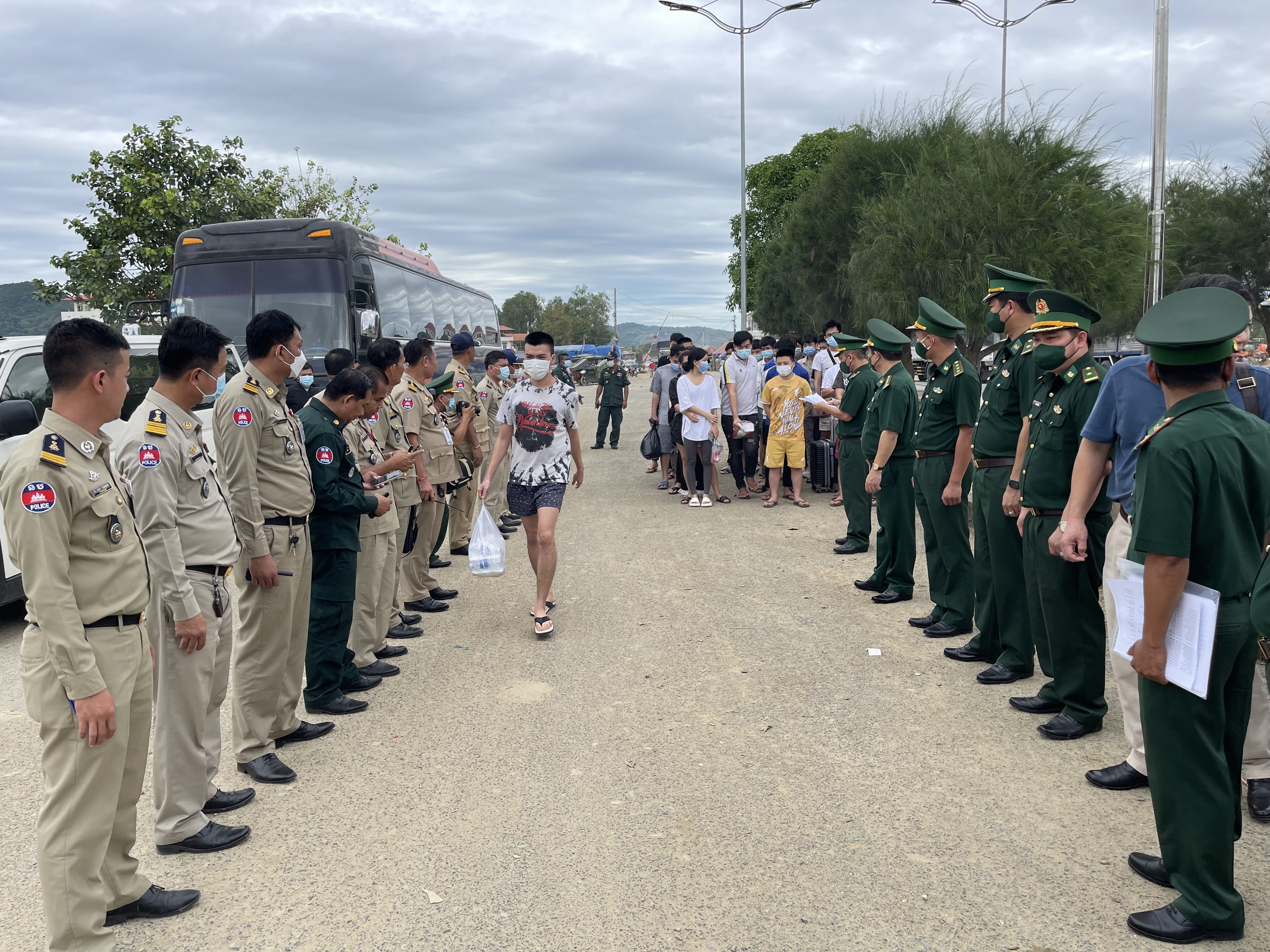 Border guards at Tinh Bien International Border Gate in Tinh Bien District, An Giang Province received 44 Vietnamese citizens, who had been rescued and handed over by Cambodian authorities from labor-abusing casinos, on Tuesday afternoon.

The nine women and 35 men, aged from 15 to 37, entered Cambodia illegally to work in casinos, the Vietnam News Agency quoted Truong Quoc Hung, deputy head of the border station at the border gate, as saying.

Among them is a person who is sought by police in Vinh Yen City of Vinh Phuc Province, Hung said, adding that the border station is detaining the wanted man to hand over to the northern province’s police department.

The remaining 43 people were transferred to the immigration office under the An Giang public security department to complete related procedures.

Earlier on August 18, 40 Vietnamese nationals were detained by An Giang border guards after swimming across the Binh Di River to escape forced labor at a casino in Sampeou Poun Commune, Koh Thom District, Kandal Province in Cambodia and illegally return to Vietnam.