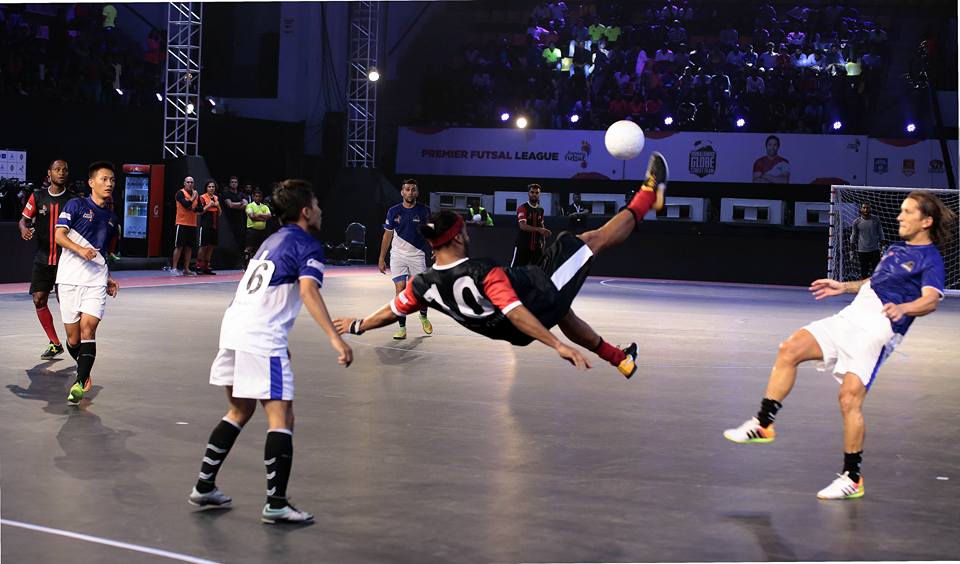 Rubbing shoulders with former international football stars including Ryan Giggs or Ronaldinho is a dream of most footballers, and four Vietnamese futsal players are currently living that dream.

Mai Thanh Dat, Danh Phat, Ton That Phi and Phan Khac Chi are among the representative futsal players invited to join the ongoing 2017 Premier Futsal league in India and UAE.

Launched in 2016, Premier Futsal is a three-week tournament featuring ex-football superstars, the best current futsal players in the world, and India’s home-grown players scouted via a talent search, according to the event’s website.

Futsal is an indoor, five-a-side version of association football (soccer) with two halves of 20 minutes each.

The event kicked off on September 15 and continues until October 1 in the three Indian cities of Dehli, Bangalore and Mumbai, as well as UAE’s Dubai.

The organizers have covered all expenses for the players, and paid them for their performances.

This is the first time Vietnamese players have been invited to join the event.

While Mai Thanh Dat is a big fan of Manchester United, he was not assigned to the same team as club legends Ryan Giggs or Paul Scholes, but the team led by Brazilian-born Portuguese player Deco.

This does not mean, however, that Dat is unhappy with the experience he is getting in India.

Instead, the Vietnamese is relishing the opportunity, scoring a goal in his team’s 3-2 victory against former Real Madrid and Spain defender Michel Salgado’s team.

“I was overjoyed when scoring that goal,” Dat said.

The Vietnamese player said that he is also happy to be able to meet the ex-superstars of football in the flesh.

“In my wildest dream I never thought I’d be able to play with them, so I am cherishing every single moment at this tournament,” he said.

Dat will come up against his Manchester United idols Giggs and Scholes in the last two games of the tournament, but he has “been to their matches to watch and asked for their photos and autographs.”

Danh Phat, who was assigned to Scholes’ team, has already had a memorable experience during his match against Ronaldinho’s side.

“We had taken a 3-0 lead, with an assist by me, but were careless enough to allow our opposition to level the game at 5-5,” Phat said.

The Vietnamese player said that he had multiple encounters with the Brazilian superstar during the game, but was eventually fouled and had to leave the pitch with an injured ankle.

“Ronaldinho was face to face with our goalie and about to score when I appeared from nowhere and stole his ball,” Phat said.

“As we were leading 3-0 at the time, Ronaldinho got so angry at the missed goal opportunity that he immediately fouled me.”