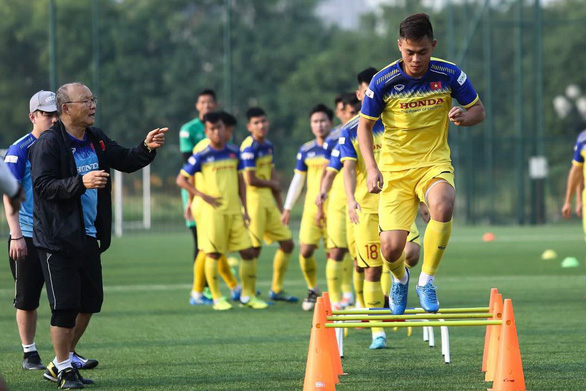 Vietnam’s General Department of Sports and Physical Training is seeking permission from the Ministry of Culture, Sports and Tourism to send nearly 900 athletes, officials, and staff to the 2019 Southeast Asian (SEA) Games.

The SEA Games, a biennial event governed by the Southeast Asian Games Federation under the supervision of the International Olympic Committee (IOC) and the Olympic Council of Asia, held its first edition in 1959 and has since grown to be one of the region’s largest sporting events, hosting athletes from the 11 countries in Southeast Asia.

This year’s SEA Games, the 30th edition, will be organized in the Philippines from November 30 to December 11, with athletes competing in 530 events across 56 sports.

The General Department of Sports and Physical Training has yet to specify how many members of the 857-person delegation are athletes, but Team Vietnam is expected to compete in 43 sports at the Games.

According to a proposal sent to the Ministry of Culture, Sports, and Tourism, the General Department of Sports and Physical Training’s goal is for Vietnam to finish among the top three medal-winning countries at the event.

Specifically, the Department hopes for Vietnamese athletes to win at least 65-70 gold medals, including in both men’s and women’s football.

The men’s and women’s football teams will each consist of 29 registered players and coaching staff.

The country’s track-and-field squad is expected to be the largest group of athletes from Vietnam, with 47 athletes and 12 coaches.

Apart from athletes, the delegation will also include 22 doctors, technical specialists and other trainers, according to Tran Duc Phan, deputy director of the General Department of Sports and Physical Training and current head of Vietnam’s SEA Games delegation.

The Minister of Culture, Sports and Tourism will have to sign a decision to finalize the sports contingent.

The 2017 squad’s medal haul included 58 gold, 50 silver, and 60 bronze medals, locking them into a third-place spot in the overall rankings.

Vietnam sent a delegation of 857 to SEA Games 2011 in Indonesia.