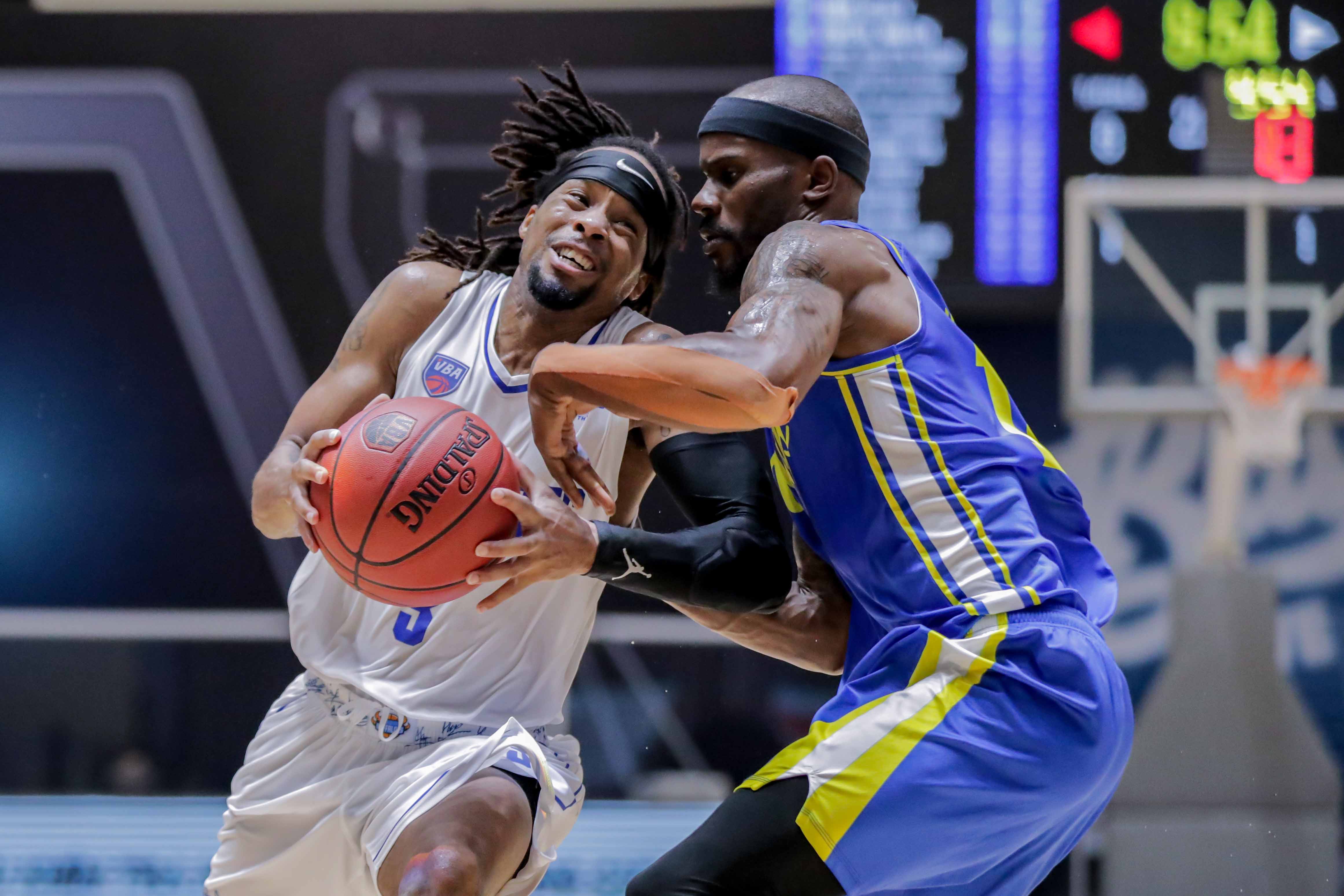 The Ho Chi Minh City Wings beat the Hanoi Buffaloes by a landslide in the third game of the VBA Premier Bubble Games - brought to you by NovaWorld Phan Thiet.

As the home team, the Ho Chi Minh City Wings welcomed their opponents at the VBA-NTU Arena in the south-central city of Nha Trang.

The Ho Chi Minh City Wings entered the game with the desire to redeem themselves after having lost to the Hanoi Buffaloes for four consecutive years.

Both teams started the game at a slow place as no points were scored in the first three minutes despite multiple attempts.

The game began to heat up when the home team boosted their offense and led the game with a score of 15-4, of which seven points were scored by Makinde London.

The Hanoi Buffaloes still struggled with their offensive strategy with most of their points coming from individual efforts.

Dinh Thanh Sang was the best player of the Hanoi Buffaloes, scoring eight out of the team’s 12 points in the first match.

The second match was the highlight of the game with the fierce competition between two foreign players, Jeremy Smith of the Ho Chi Minh City Wings and Anthony Moody of the Hanoi Buffaloes.

Smith’s play style was more effective as he was able to score 22 points, the most in the match, and coordinate well with his teammates.

The away team managed to reduce the gap with three successful three-pointers by Mike Bell, Nguyen Tien Duong, and Sang Dinh.

The Ho Chi Minh City Wings refused to give their opponents a chance to rejoice when they switched to the defensive tactics, blocking most of the incoming attacks.

The home team ended up leading the game again with a 50-32 score at the end of the second match.

The team of coach Eric Wessling had a forgettable performance in the third match with only seven points, allowing the Ho Chi Minh City Wings to widen the gap to 76-39.

With the determination to turn the tables, the Hanoi Buffaloes rebounded strongly in the second half of the fourth match.

Thanks to the excellent performance of Nguyen Tien Duong and Bui Thai Ha, the team from the capital scored 19 points in a row in the last four minutes of the game.

However, the Hanoi Buffaloes still had to accept the final defeat against the Ho Chi Minh City Wings with a final score of 69-91.