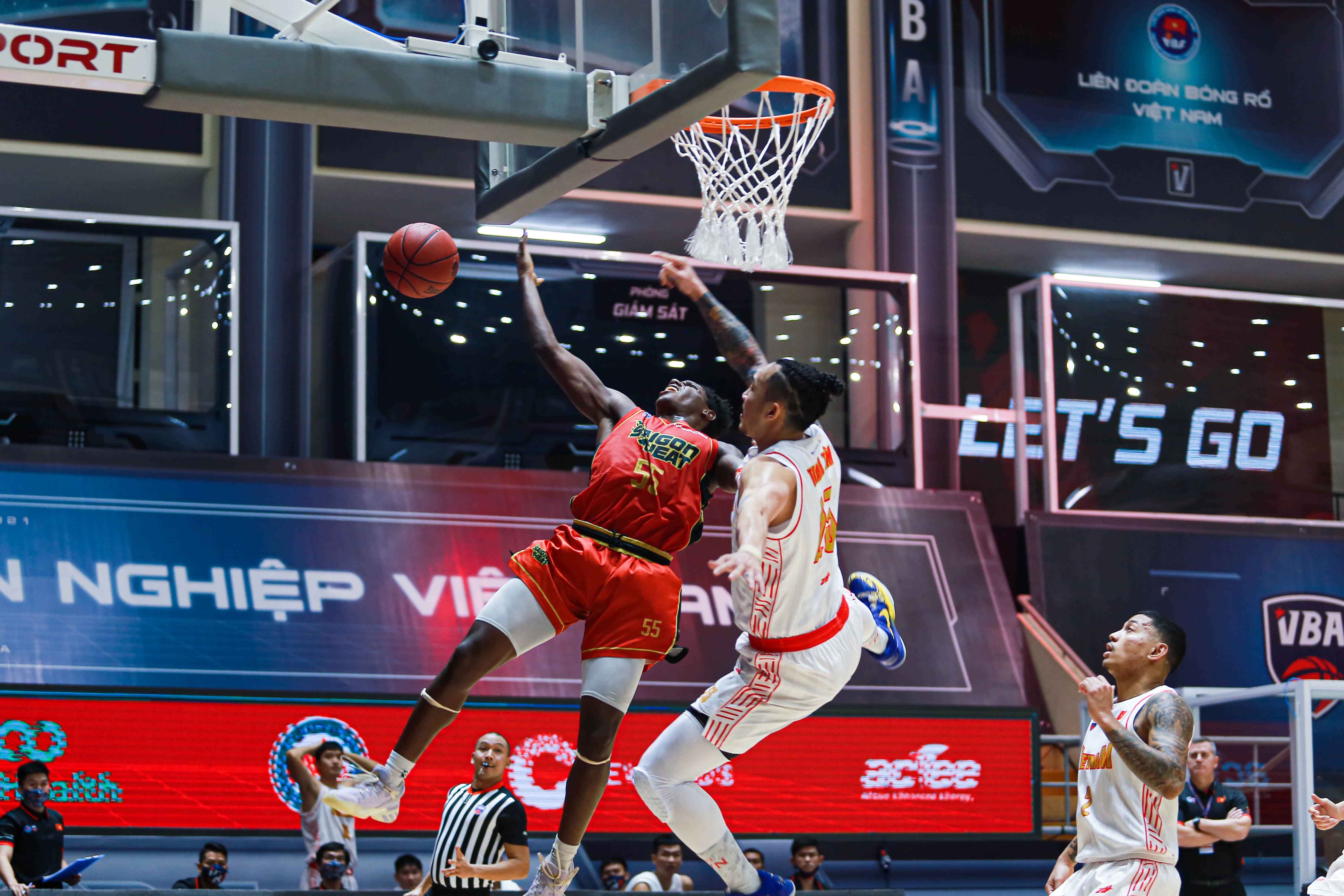 Star player Tam Dinh of the Vietnamese national basketball team has had a brave performance after deciding to continue playing despite his shoulder injury in an intense game against VBA reigning champion Saigon Heat.

Having lost two previous games, the national team was determined to win in Game 16 of the VBA Premier Bubble Games - Brought to you by NovaWorld Phan Thiet despite going against last season’s champion.

Saigon Heat’s Daquan Bracey posed a lot of difficulties for the national team with his bold and unpredictable play style.

In one successful attempt to block Bracey’s attack, Tam Dinh of the national team had to pay a costly price after landing on his left shoulder.

The wound left the star player on the floor for a moment before being brought out of the court.

Huyen Nguyen, Tam’s girlfriend, could not hide her concern as she sat among the attendees.

Huyen was only able to take a breath of relief when her boyfriend was able to get up and joined other substitute players.

Following a check-up, Tam decided to endure the pain and got back to the court in the third quarter. However, an injured shoulder prevented him from scoring any point.

In the final quarter, the national team had a chance to narrow the gap to only four points, but the moment did not last long due to the unstoppable attacks from the VBA champion.

The national team’s coach Kevin Yurkus decided to stop going all in and treated the remaining time of the game as an opportunity to train his protégés.

Yurkus pulled his main squad out of the court and let the substitutes sharpen their skills.

This was considered a wise decision as the national team still has to focus on their performance in the upcoming 2021 Southeast Asian Games (SEA Games 31).

In addition, the team may have to utilize its substitute players in the remaining games of the season due to the injury of Tam Dinh and the absence of Khoa Tran – another important member of the squad.

The Vietnamese national basketball team lost its third game in a row after being defeated by Saigon Heat in Game 16 of the VBA Premier Bubble Games - Brought to you by NovaWorld Phan Thiet.

The national team managed to show a good performance despite the injury of Tam Dinh – one of the main scorers.