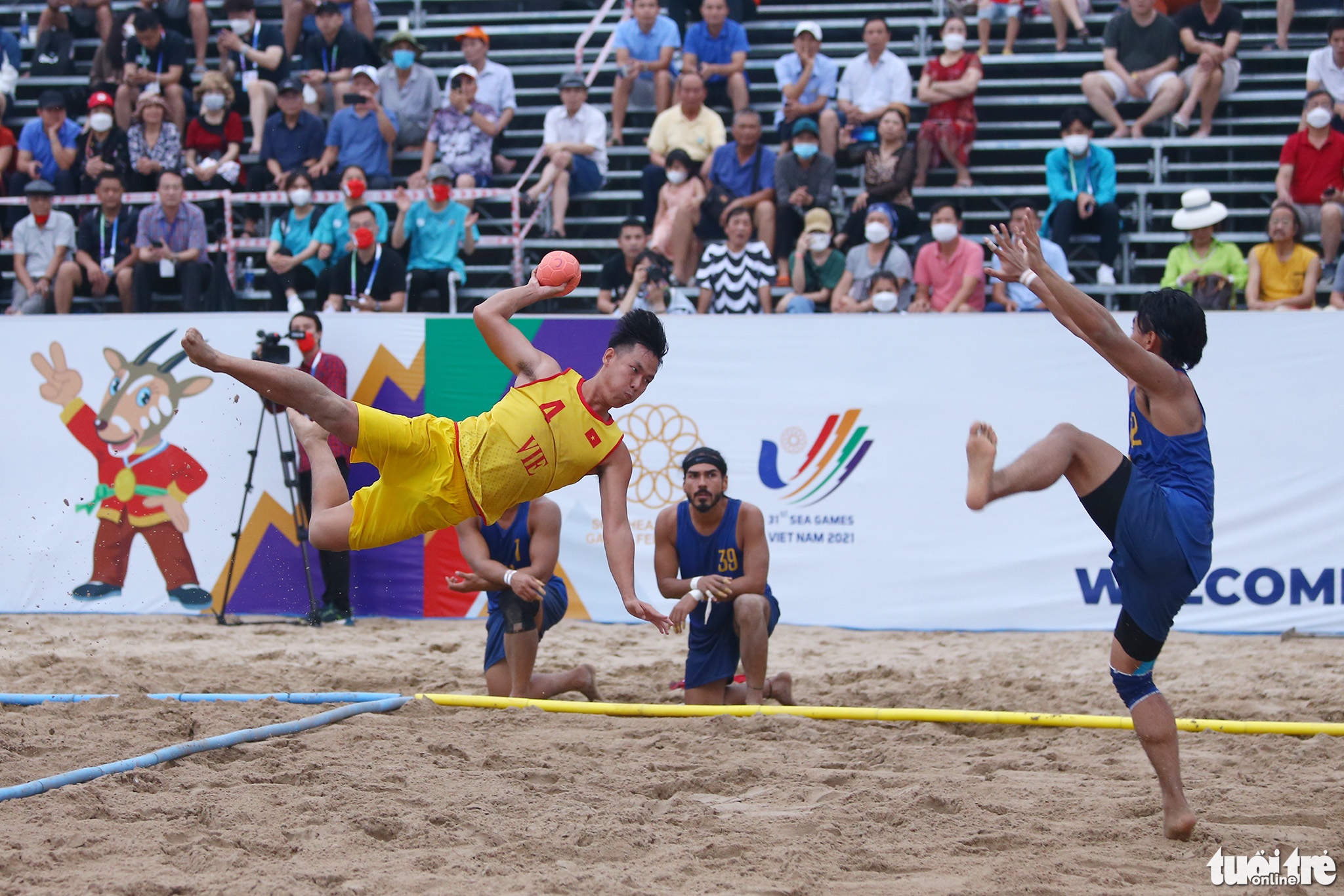 The two teams tied at the end of two sets and participated in a tiebreaker during their match, which took place in Quang Ninh’s Ha Long City, home to UNESCO-recognized Ha Long Bay.

The hosts fetched a perfect ten points while the Philippines scored only eight in the tiebreak.

The result marked Vietnam’s fifth consecutive wins, securing them the championship before the final match.

The Vietnamese side still has a match against Thailand on Wednesday.

At the 30th SEA Games in the Philippines in 2019, Vietnam also brought home the gold medal in men’s beach handball.

The 31st SEA Games are taking place in Hanoi and 11 neighboring provinces and cities.

The official duration is from May 12 to 23, but some events commenced a few days before the opening ceremony, including men’s and women’s football, kickboxing, diving, futsal, beach handball, rowing, and kurash.

Regarding the medal count, Malaysia has taken the lead with six golds, two silvers, and one bronze, followed by Vietnam with four golds, five silvers, and two bronzes.