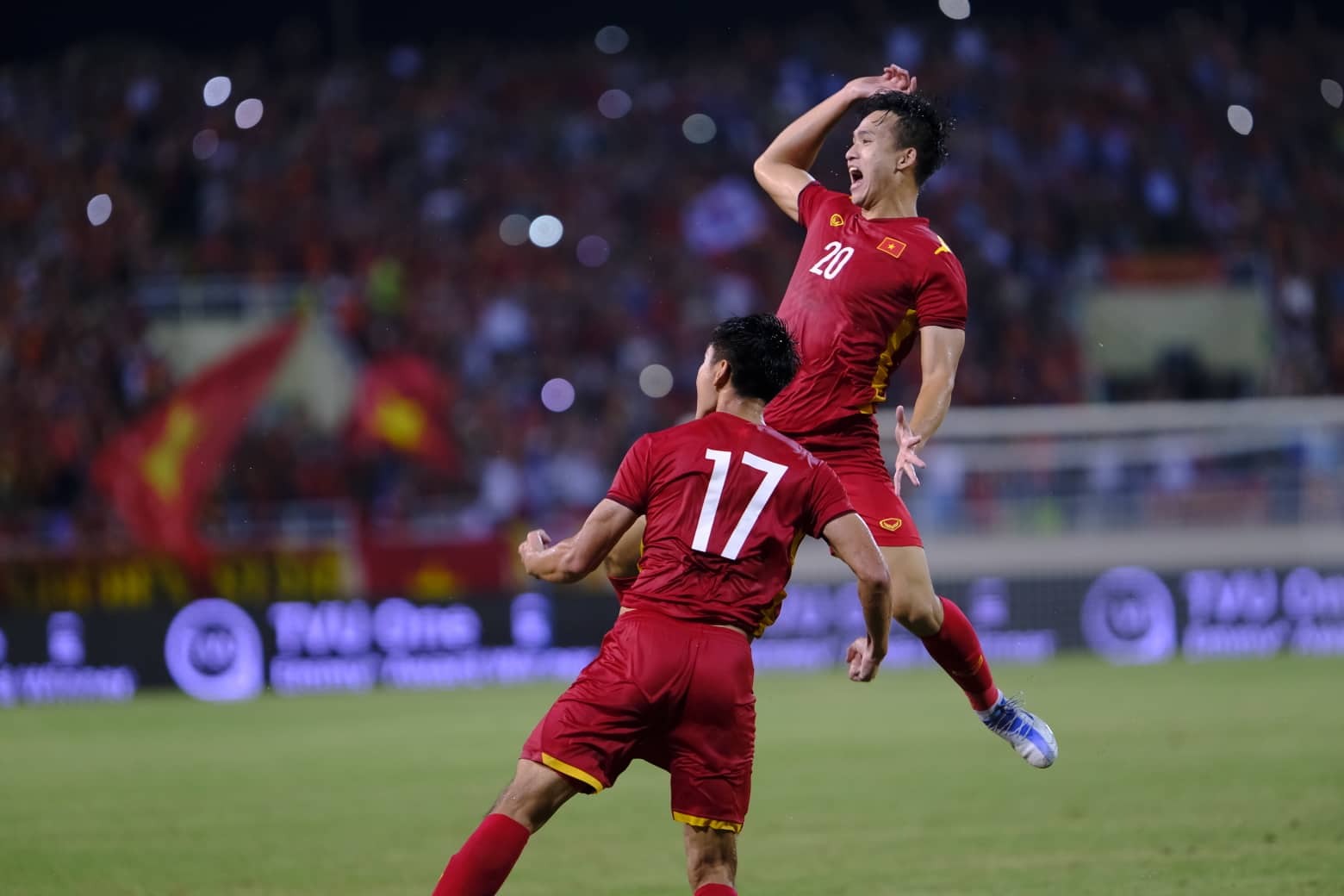 Vietnam beat their Thai rivals 1-0 on Sunday night to win the gold medal in men’s football for the second time in a row at the Southeast Asian (SEA) Games.

Despite the rainy weather, fans arrived at My Dinh National Stadium in Hanoi very early to cheer for the junior Golden Stars.

The Vietnamese under-23 team staged a series of attacks to pressure their Thai peers in the very first minutes of the match.

Striker Nguyen Tien Linh had a chance to open the scoring for Vietnam in the 19th minute, but his header was not powerful enough to defeat Thai goalie Kawin Thamsatchanan.

From a corner kick in the 43rd minute, Thailand’s Jonathan Khemdee took a shot at Nguyen Van Toan’s goal, but the ball flew too high.

Vietnam carried out a counterattack in the following minute, but there was a lack of coordination between the players.

The first half concluded with no goals for either team.

Thailand launched more attacks after the break, threatening Vietnam’s net in several opportunities between the 49th and 76th minutes.

Vietnam also sped up their play by pushing up their formation and taking continuous shots.

Thailand tried in vain to even out the scoring in the remaining time.

The last time Vietnam won the gold medal in men’s football was at the 30th SEA Games in 2019, when they defeated Indonesia 3-0 in Manila, the Philippines.

Earlier on Sunday, Indonesia beat Malaysia in a penalty shoot-out of the third-place play-off to win the bronze medal.

The 31st SEA Games, which boast 526 categories in 40 sports, are taking place in Hanoi and 11 neighboring provinces and cities from May 12 until May 23.