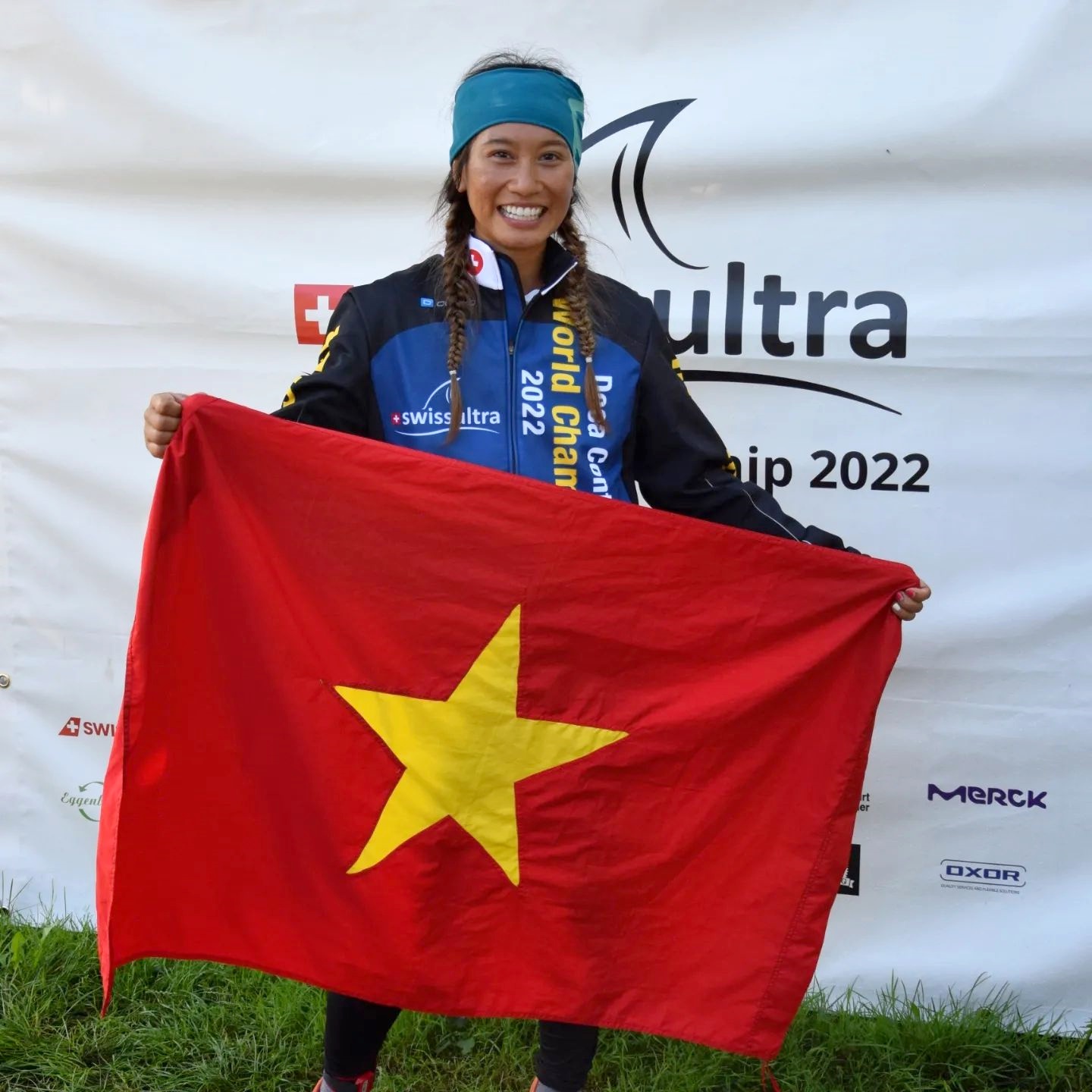 The tournament, which took place in Switzerland from August 14 to Sunday, required 23 international participants, including 19 men and four women, to complete the endurance multi-sport race in less than 345 hours.

Zacharias Madine, 60, from France, was the runner-up after Thanh, while the other two female triathletes in the women’s event gave up the race.

In the men’s category, 39-year-old Vanthuyne Kenneth from Belgium claimed the first prize with a time of 182 hours 43 minutes 43 seconds, while five other male competitors withdrew.

Born and raised in Hanoi, Thanh studied in Singapore, Canada, and the UK before working as a financial analyst at Bloomberg in Singapore.

In 2015, she quit the Bloomberg job and started conquering marathon and triathlon competitions.

In 2017, she was the first Asian woman to run through four extreme deserts -- the Sahara, the Gobi, the Atacama, and Antarctica -- with a combined length of 1,000 kilometers in the 4 Deserts Ultramarathon Series.

Thanh said in her Facebook posts that she burst into tears sometimes during the Deca Ultratriathon World Championship 2022 due to fierce and frustrating challenges.

However, she felt honored and proud to be able to participate in the race and explore her limits.

Thousands of people watched Thanh’s race online and sent their congratulations and admiration to her.